Nymphing, The Basic Techniques of Nymphing, Part 2 in the Series

As we discussed in Part 1, Fly Fishing nymph fishing is referred to as nymphing. The entire goal of nymphing is trying to make your fly look like a naturally occurring nymph in order to entice a fish to eat it. This, however, is much easier said than done. Fly fishing has always been more of an art and nymph fishing takes that a step further. Even experienced anglers will not get their fly to behave exactly perfect for an entire 30-foot cast, and while it may appear natural for 14 or 15 feet, it may be absolutely wrong for the remainder. The thing to remember is that trout aren’t super smart, so being close enough will often be enough to fool them. But a fishing guide taught me long ago that the only bad cast is the one not in the water. Every cast, good or bad has the potential of catching fish so long as the nymph is in the water.

Sometimes fish, and especially trout, can be very fussy and picky eaters, even when a fly has the perfect pattern and presentation. When nymphing, a good fisherman will do everything possible to keep their fly in front of a trout as long as possible and not arouse any unnecessary suspicion. To do this while nymphing, you must mimic the occasional movement of the insects as they drift with the current. Otherwise, the entire gig is up. 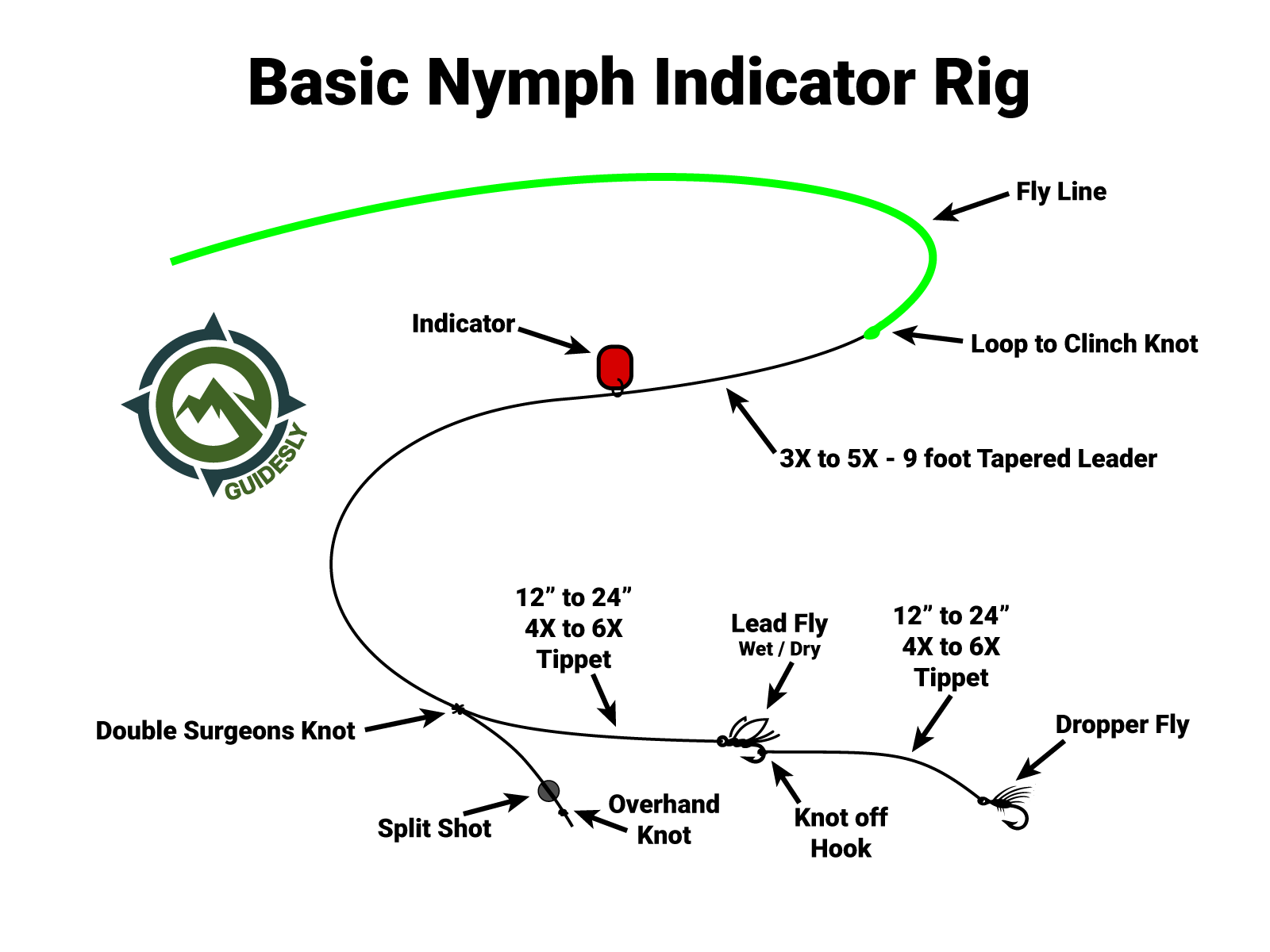 Most of the time, trout will be about a foot off the bottom where the current is slow enough to let them stay in one place without expending too much energy. They will then move for an easy meal anywhere from a couple of inches to a few feet, depending on different factors like water clarity, temperature, or how much food they have had recently. This is why it is extremely important to get your fly in the right spots! Luckily there are a few different techniques that you can employ in order to place your flies directly in the path of fish. Learning a few of these techniques will help you become a much better nymph fisherman.

One of the most basic fly-fishing maneuvers is the wet fly swing. Anyone can perform this fishing technique, as it is quite simple: cast a fly across the current and let it “swing” below you and down to the fish. There is great debate on whether this technique is productive but I don't agree with some of the other thinking. In the right situation, the wet fly swing is a very productive and great way to go nymphing. I especially like this nymphing technique when there is an active insect hatch or the water is running fast or hard to reach.

This cast is performed by casting upstream around 45 degrees, followed up by a quick mend. The mend is the key and in many cases making sure you have a strike indicator if you can't follow the fly. As the fly drifts downstream, tension is put on the line because the surface currents are always faster than the bottom currents. This technique works better in slow to medium paced currents than in fast waters but I use in both. It is a great way to cover slow-moving pools in order to find where the fish are. If you are in a slow-moving pool on a clear day make sure you have polarized glasses and keep contact with the fly and hopefully fish.

But make no mistake, this can be a difficult setup as the nymph rig is going at a different speed as the fly line on the surface. In fast water this takes a bit of work, although all fast water takes work. As an angler, this technique will take some practice, but using a strike indicator with a solid mend of your fly line will make the wet fly swing successful. 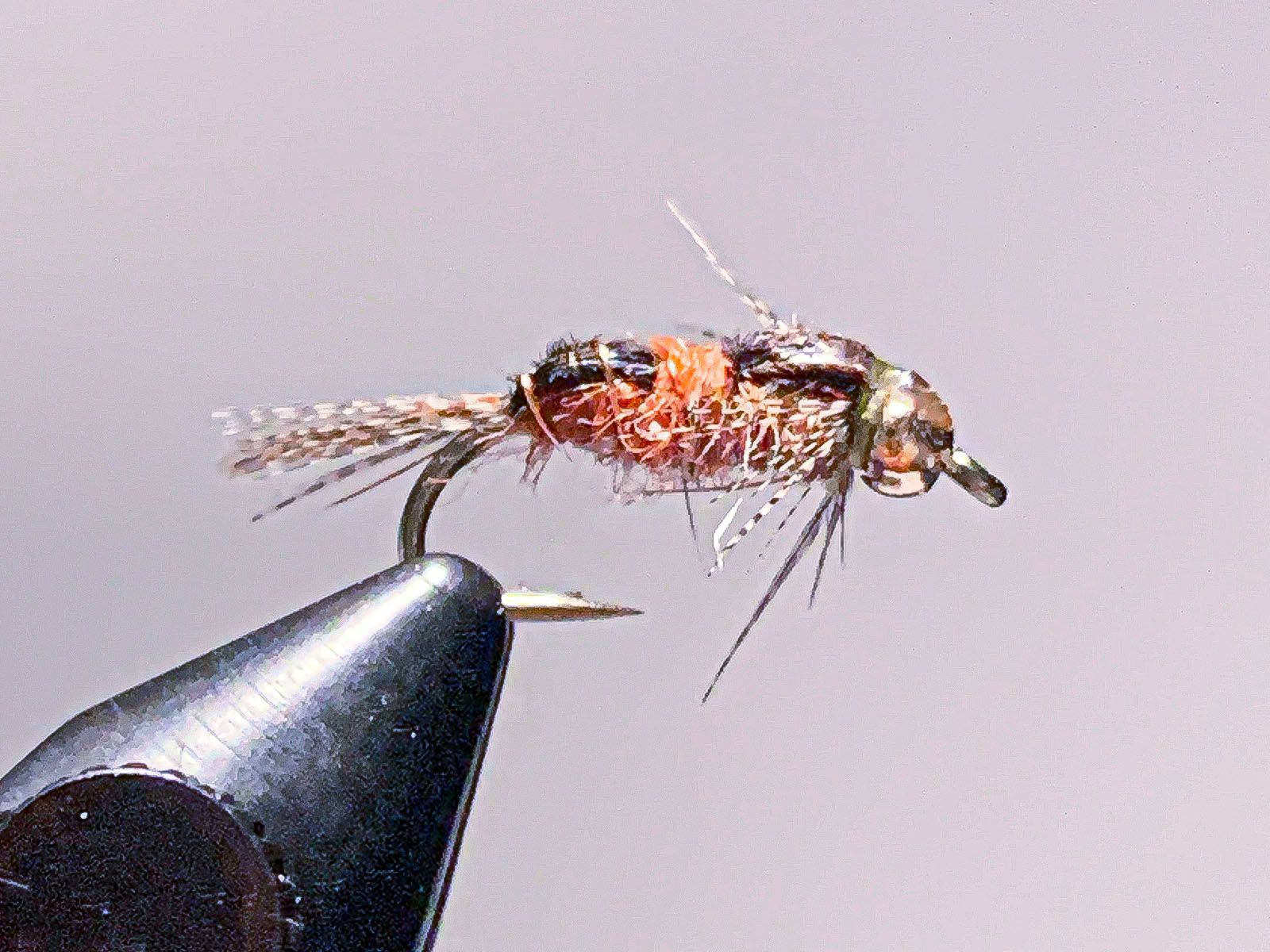 If there is an insect hatch on the water and fish are rising to feed but won’t take your dry fly, it’s a great time to try the direct upstream approach with a weighted nymph. To perform this technique, cast straight upstream or slightly across and upstream, just as the name implies. Keep your rod tip low and be sure to strip in line as the current brings it to you. When you get a strike, the line will appear to jump upstream, or the leader will significantly tighten. If the line does anything out of the ordinary while coming back downstream and drifting with the current, set the hook!

When you are nymphing directly upstream, it is best to try and stand in the same current as the water you are fishing so as not to have to mend any line. Mending line, especially without a strike indicator, will make the fly move unnaturally. The only disadvantage to this technique is that you are usually casting over the heads of fish, which could spook them, so this technique is best used in faster water where the splash of the line and the fly will be covered by other noise in the water.

One of the biggest disadvantages to fishing upstream of your position is that the water current is much faster on the surface than down below. This means that as soon as your cast hits the water, your line and leader will start to drift downstream much faster than your actual fly. To help combat this, there is a simple technique known as high sticking. 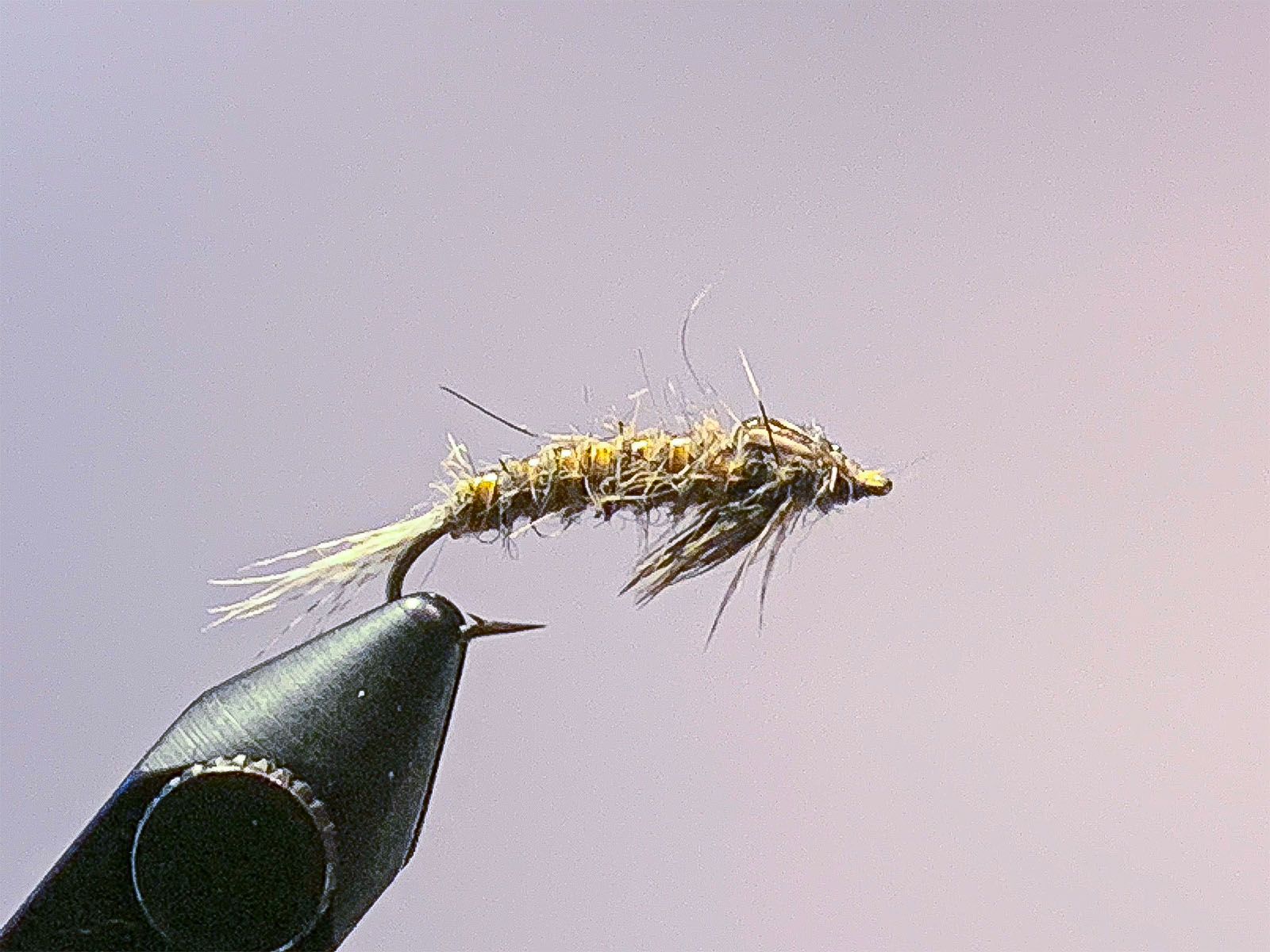 This method is used to keep most of the fly line off of the water by holding your rod tip as high as possible. High sticking usually will work best with shorter upstream casts and is perfect for fast, swirling water. By standing opposite where you suspect the fish are, cast upstream above this area and keep your rod tip high. Allow just the fly and some of the leader to sink and drift to the fish, and be ready to set the hook!

Another basic nymphing technique is using two nymphs at one time. There are many advantages to this, such as using two different fly patterns to find the preferred design and drifting them at different depths to find where the fish are holding. There are plenty of disadvantages to this as well though. This technique should be avoided if you are fishing an area with a lot of brush or where snags are frequent, as you can snag much easier and then lose two flies instead of one. This technique should also be avoided in windy conditions, as tangles are much more prevalent. Try experimenting with different flies and depths with this technique, and you may find different setups work well in different areas. If you are feeling adventurous and see a couple rises but not many, I love to put a larger dry fly on with a nymph dropper. I get a bit of everything and twice the difficulty so I always feel twice the satisfaction when I catch a fish.

Growing up in the northeast as a fly fisherman brings several challenges and one is fishing shallow, small streams crowded with tress/brush for small trout. The traditional setups are simply not going to work. When I was younger I learned what was called the light rig, I have seen it called many different names since then but that really isn't important. A few years back I was fishing Colorado for Golden Cutthroats in a stream about as wide as sidewalk at points and we used the same technique.

Essentially it is a fly fishing without the fly line. Put on a 20' - 30' leader followed by a 12" red tippet (3x) followed by a 2' green tippet (I use 3x) followed by a 6' tippet (5x or 6x depending on fish/snags). The setup is designed to be light and hard to see. In that water, you don't need long casts just small drifts to the fish. The advantages are you won't spook the fish, stealthier approaches, and less time tangled in surrounding trees and bushes. Give it a try, it is halfway between nymphing and euro nymphing. The differing colors provide contrast to keep track of your line and distance.

These are a few simple and basic techniques that can help any fly fishermen improve their skills and become much more successful on the water. Nymph fishing can be a lot of fun, especially when you master a few of these basic techniques!