The alligator gar resembles its namesake, the alligator. With long bodies and a jawline full of sharp teeth, they look like the tenacious alligator but actually are fairly passive when it comes to humans. The Alligator Gar is one of the largest freshwater fish in North America and the largest in the ‘gar’ family. Their prehistoric look gives them their accurate nickname ‘primitive fish,’ since they keep certain characteristics of their earliest ancestors.

The alligator gar is a ray-finned euryhaline fish that typically reaches around 4 - 6 feet in length and around 100 -160 pounds. They have elongated snouts with a lining of razor-sharp teeth. These fish are typically brown or olive colored while fading to a gray or yellow on their stomach. Unlike other fish, alligator gar have rhomboid ganoid scales which more resemble bones, kind of like dinosaurs. Ganoid scales are incredibly strong armor, giving them an advantage in their defense against predators.

A cool fact about the alligator gar is that they have a similar digestive system to sharks, leveraging a spiral valve intestine, a more ancient fish characteristic before years of evolution. The alligator gar can also breath in water as well as the air, allowing them to prey on anything from small fish to even birds and small mammals / reptiles above the water. 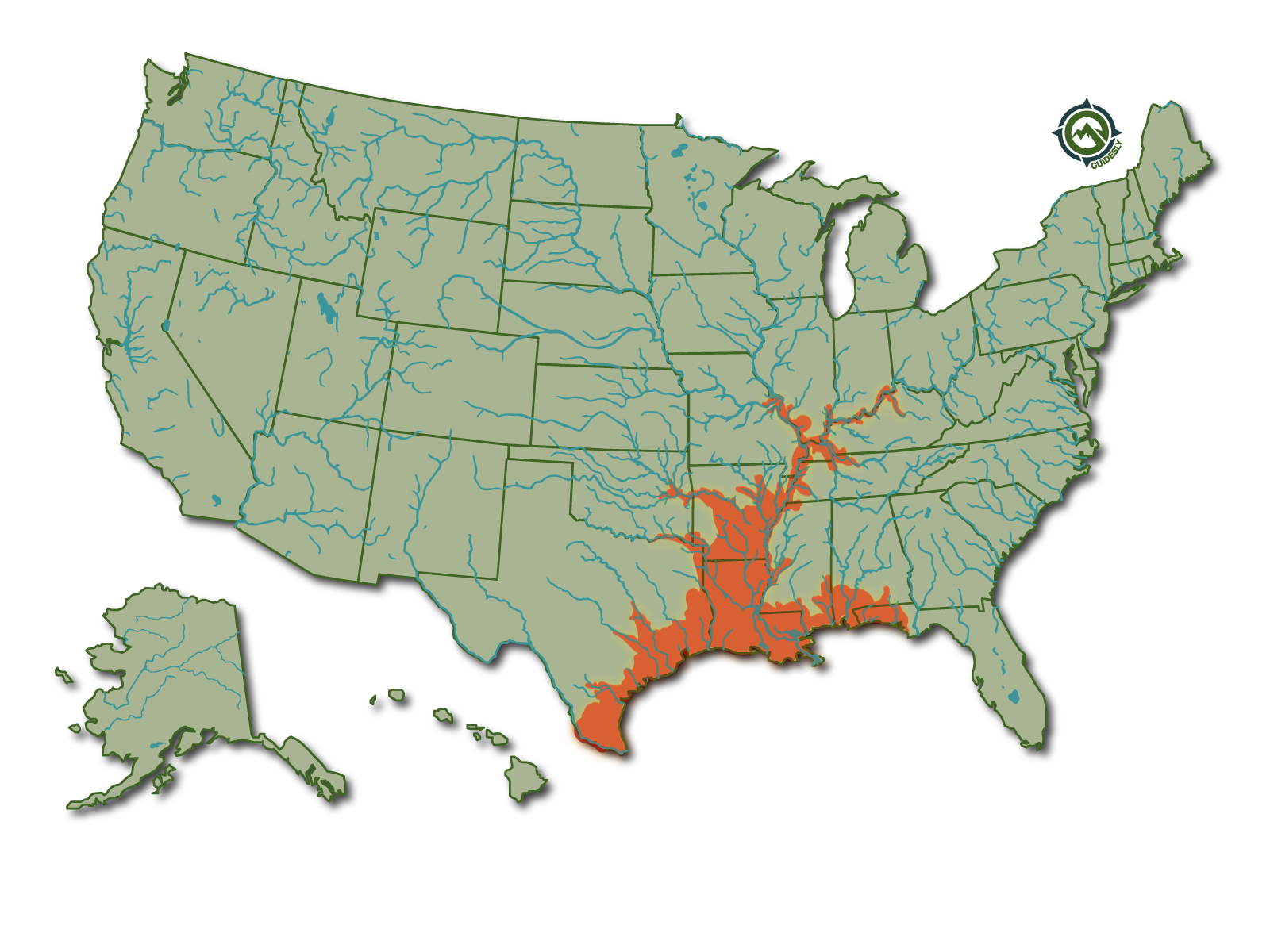 Over the years, the alligator gar’s habitat has diminished due to habitat destruction, segregation, and unrestricted harvests. Today, they primarily reside in the southern portions of the United States. They are typically found inshore of lakes, rivers, bayous, and backwaters in the states of Mississippi, Florida, Texas, Arkansas, and Oklahoma. While there have been reports of alligator gar as far north as Nebraska, those are rare and have not been confirmed in quite some time.