The American eel is typically smaller than other eel breeds. They play a key role as bait for some key sportfish like striped bass. This fishes complex life history begins far offshore in the Sargasso Sea in a semelparous and panmictic reproduction. From there, young eels drift with ocean currents and then migrate inland into streams, rivers, and lakes. This journey may take many years to complete with some eels traveling as far as 6,000 kilometers. After reaching these freshwater bodies they feed and mature for approximately 10 to 25 years before migrating back to the Sargasso Sea to complete their life cycle.

The American eel is a facultative catadromous fish that typically reaches around 1-4 feet in length and around 8-17 pounds. These snake-like fish have slender bodies that are covered in mucus, which gives the eel its slimy appearance. Even though an American eel appears naked, it is actually covered in minute scales with small, well-developed eyes. Females are generally larger than the males and can lay up to 4 million eggs annually.

Female Eels are typically larger than males and lighter in color, with smaller eyes and higher fins. American Eels lack ventral fins but pectoral fins are present. The lateral line is well-developed and complete. The head is long and conical, with rather small, well-developed eyes. The mouth is terminal with jaws that are not particularly elongated. The teeth are small, pectinate, or setiform in several series on the jaws.

While variations of coloring exist with eels (brownish, greenish, yellowish, gray and white), there does seem to be a certain trend with water type and coloring. Clearer water often houses lighter colored eels, while acid streams keeps darker-tinted eels.

Eels are, at their core, bottom dwellers. They burry themselves in the mud, tunneling themselves in more shallow depths, amongst the dirt and plants. They seek to build homes beneath shelters to protect themselves and take advantage of their prey using surprise attacks. When temperatures get incredibly cold (anything below 5 degrees Celsius), they go torpor – a similar state to hibernation (however, occasional activity might occur). 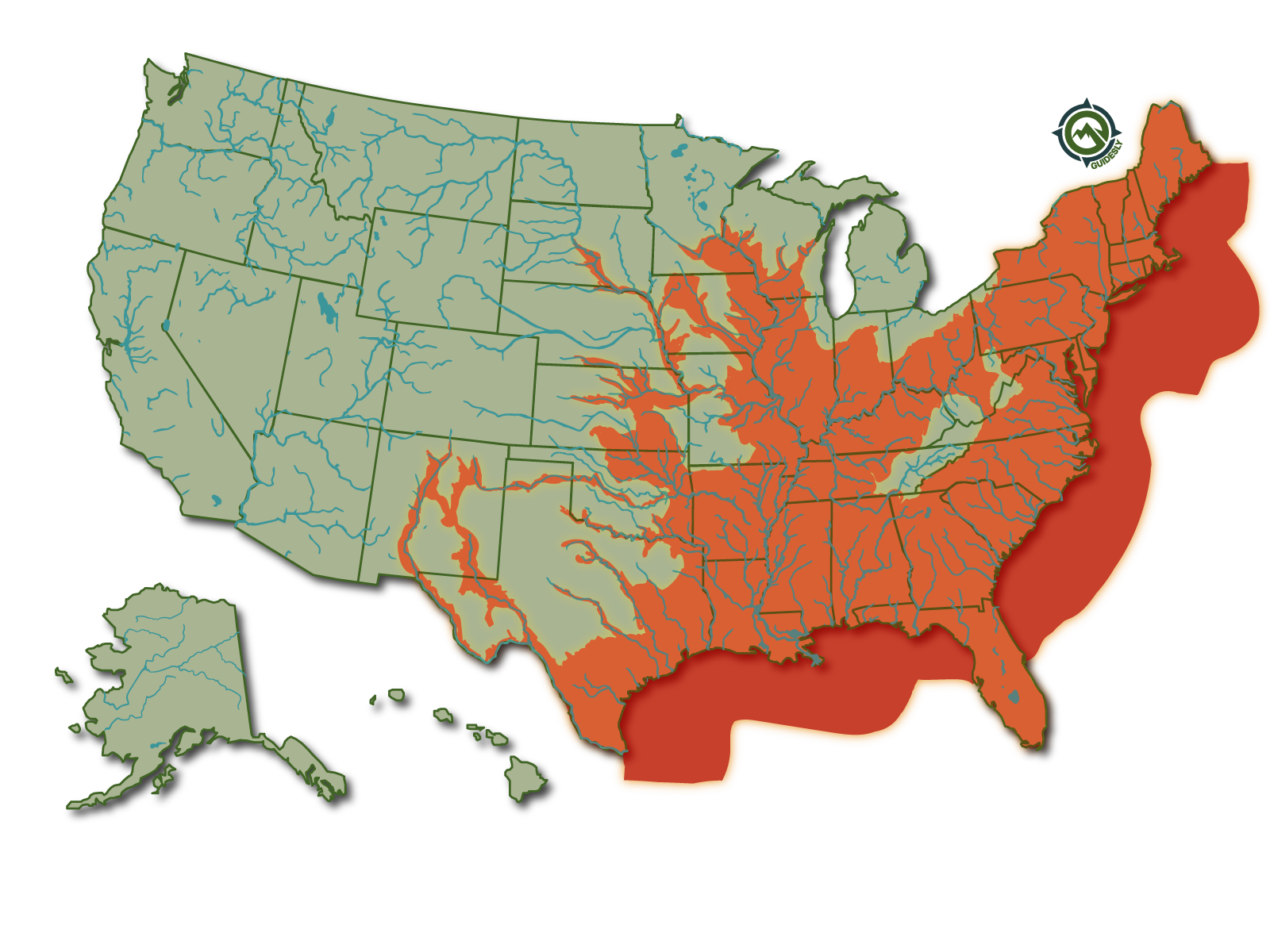 The American eel resides in fresh water, typically streams and lakes. Their native origins span along the eastern Atlantic coastline, moving inward towards the Great Lakes and the Mississippi River. There have been recordings of the American eel moving west in Lake Mead and rivers on the Arizona border. As they are bottom dwellers, they sit on rivers and muddy bottomed lakes. So while believed absent from certain rivers or lakes of scarce sightings, we might just be missing them entirely.

While the American eel is a freshwater fish by nature, they actually migrate into saltwater to spawn.