This is a huge mackerel-like fish of the Scombridae species.
They are mainly silver with blueish-green dorsal fins and have black stripes along their body.
They are shaped similar to tuna but with a thinner, compressed body and a very narrow caudal peduncle. The caudal peduncle helps the fish move quickly through the water. These fish are capable of reaching a speed of 40 mph.

The Bonito can grow up to 12 pounds and 30 inches. The world record, 18 lbs 4 ounces was caught in the Azores. The average age is approximately 15 to 18 years.

Atlantic Bonito can be found as far north as Nova Scotia, Canada, and all along the eastern seaboard coast. They continue as far as Argentina, South America. However, they will be scarce in the Gulf of Mexico. 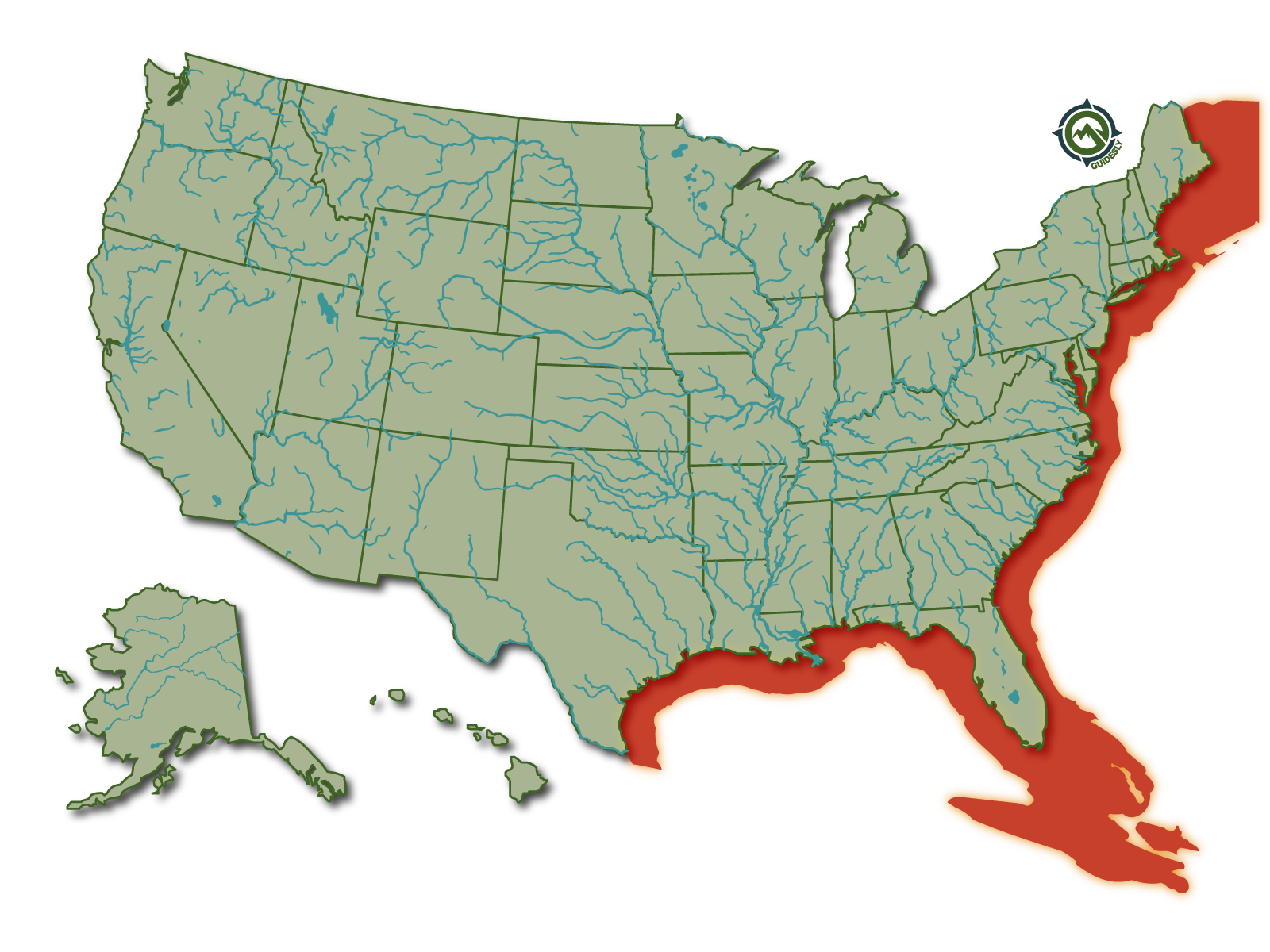 They are also found in the Mediterranean Sea and the Black Sea where they are a popular food and often used as canned tuna. They are a very oily fish and not used for consumption in the United States.

Atlantic Bonito have no size or bag regulations in the United States.

They are associated with the tuna family but are not used as an edible fish in the United States. They can be known as a false albacore or a little tunny.

The schools of Atlantic Bonito swim with their dorsal fin raised out of the water, like a school of small sharks.

The Atlantic Bonito is a ram ventilator, meaning they cannot bite. They must eat their prey whole which are mostly smaller fishes like mackerels, menhaden, alewives, sardines, and sand lance.

Predators of the Atlantic Bonito are larger fish like tuna, marlin, and wahoo.

Atlantic bonito group in large schools in the hundreds. These schools feed on the surface, chasing their prey and sometimes jumping above the surface of the water in their pursuit. This draws the attention of seabirds looking for food which is easy to catch the angler's eye on where to find this fish. Atlantic Bonito are frequently caught by tuna anglers when trolling for bigger game using pound nets. Not considered too valuable, many fishermen just use them as baitfish. Fishing methods for this species are pretty straightforward; once a school is feeding they will take almost any lure thrown in their direction. Use the method of trolling fast-moving lures or live bait such as menhaden, mackerel, squid pieces, or sand lance.
If it is very windy we recommend a metal lure, otherwise, it is hard to beat the specialized finishes and flexibility of plastic lures. Soft, plastic lures don't sink as fast as metal, which allows you to be in the strike zone longer. If the lightweight plastic isn't strong enough, an epoxy jig may be the best of both metal and plastic worlds.

Atlantic bonito can occasionally be found in brackish saltwater areas but this migratory species is generally found in the coastal waters of the Atlantic Ocean. They are a pelagic species, meaning they are not found on the bottom of the ocean rather in the middle. They adjust to gradual changes in degrees as opposed to sudden changes in the environment. They can survive in water temperatures in the 50's but much prefer the 60's.