Atlantic salmon is the only fish among salmon species that exist in the Atlantic Ocean and is the second-largest salmon species. In the United States, it is labeled endangered and its fishing is prohibited. It is similar to Coho salmon, Chinook salmon, brown trout, and rainbow trout. They have a long and slim body with a forked tail and almost square tail fin. The head is relatively small compared to the body. When adults enter freshwater to spawn, they turn bronze and the color further darkens after spawning. Returning to the sea brings back the silver body.

Atlantic Salmon grow to an average length of 28 to 30 inches and weigh about 8 to 12 pounds.

Atlantic salmon Interesting Facts • Salmo Salar is anadromous in nature. They return to freshwater from seawater to spawn. • Unlike their Pacific brethren, this fish can breed more than one time in life. • Female lays on average about 7500 eggs. • Wild salmon is a well-known delicacy, fetching top dollar. A salmon fillet is orange or pink meat with high nutritional value. • Smoltification occurs in juvenile Atlantic salmon. It physiologically prepares them to live in marine habitats. During this, they also create a homing beacon to help them return to the spawning site. • Atlantic salmon live 4 to 6 years.

Young Atlantic Salmon are born and spawn in freshwater bodies such as streams, rivers, and lakes. They will stay there 2 to 3 years before migrating towards estuaries and finally into the ocean where they spend 2-3 years feeding, growing before returning to their birth water to spawn.

Spawning occurs from November to January, and the younglings mostly hatch in April. The fish usually spawn at evening or night, at pool end or gravelly bottoms. After laying the eggs, the male fertilizes them and the eggs are covered by females. Atlantic salmon do not die after reproducing just once. They can repeat this cycle several times.

Commercial and recreational fishing of Atlantic salmon is banned in the USA. Cascapedia River, Bonaventura Canada, and Gaula River, Norway is very productive for fishing Atlantic salmon. • Anglers prefer fly fishing using a technique called swing. The lure is placed in a downstream at 45 degrees and the lure speed is adjusted by the angler. • Spot baits and lures using a rod at spawning sites in freshwater is also a good idea.

The fly’s choice depends upon the condition of the water. Always use the flies with a color similar to the watercolor. In cold days use big flies. Never forget black color flies at home. Baits and Lures used for this game fish are:

It is endemic to North Atlantic Ocean and coastal rivers. They can be found in Canada, new-foundland, New Brunswick and Nova Scotia. It has also been reintroduced to Lake Ontario. 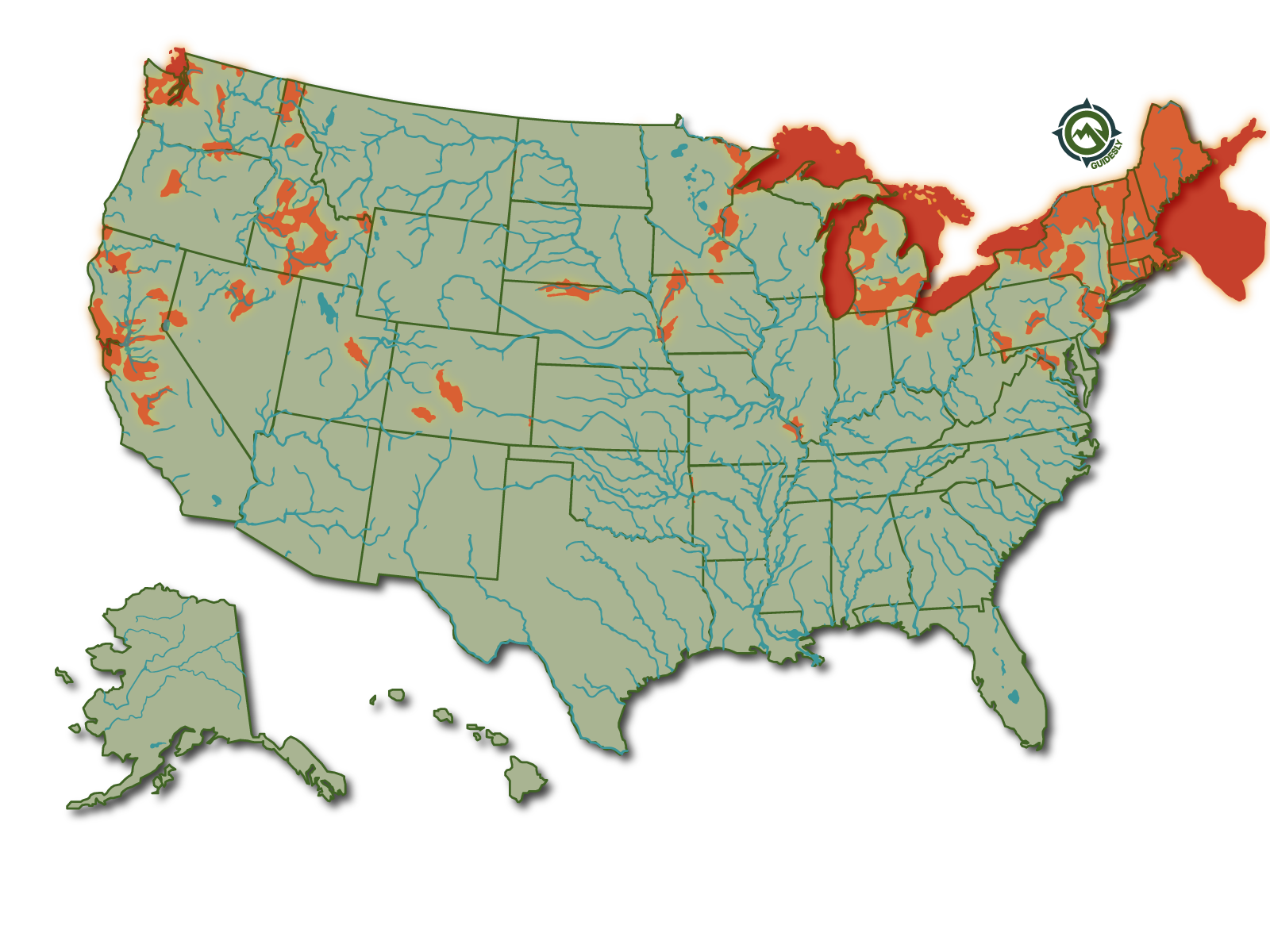