Brook Trout is a small spirited and freshwater game fish that can easily be distinguished from other trout species by its unique colors. Eight states have named the native brook trout as the state fish. Salvelinus fontinalis is also called speckled trout and is a type of charr. It is similar to Splake or lake trout. These fish have wavy stripes on the back and the head, which also appear on dorsal, adipose and caudal fins. Brook trout has a milky brown belly and olive-green back with yellow spots. The side has red or orange spots circled with blue. Pink lower fins have white and a black streak.

Depending on the habitat, these fish can grow from 8-24 inches and weigh about 1-9.5 pounds. In Ontario,

• Brook trout can be used as indicator species for polluted water. • They are more suited to wildlife then captivity. • Their average life span is 5 years. • The male develops a hump and lively colors when ready to mate. • Brook trout can be ‘salter’ as they keep traveling from freshwater to saltwater and vice versa.

Brook trout can be found in the northeastern United States, Alaska, the Canadian Maritimes, Labrador, and Newfoundland, and are also present in Quebec and Ontario rivers and streams. 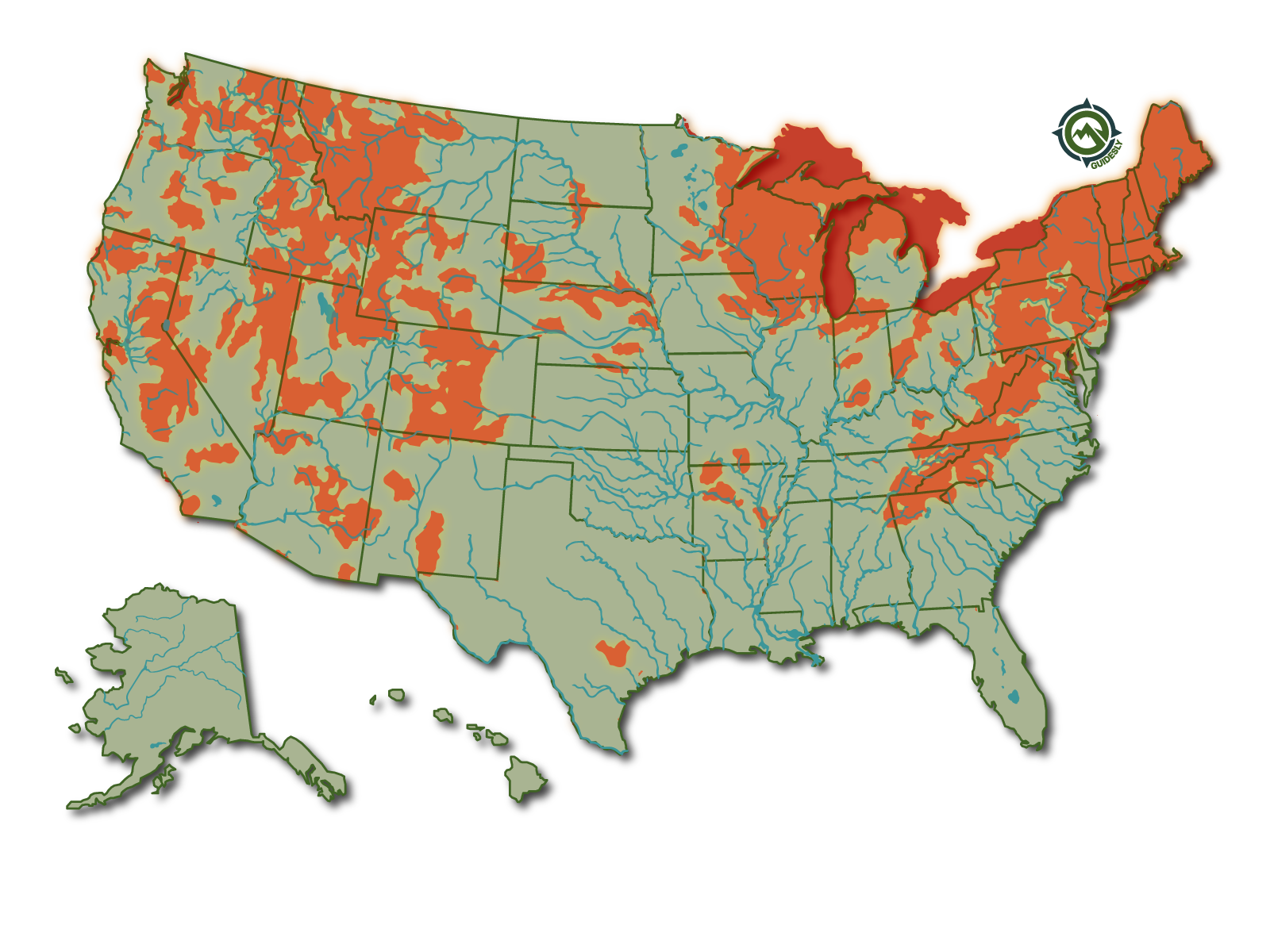 The Brook trout population is very intolerant to environmental changes and can be found in ponds, creeks, small rivers, streams, and lakes. They prefer low temperatures below 68 °F and clean water.

The spawning season begins in late fall and early winter. Female wild brook trout choose a suitable spot with loose gravelly bottoms and lays the fertilized eggs. The eggs are then covered with gravel until they hatch in spring, and move towards shallow water to find food and protection.

Anglers love catching wild brook trout because of the difficulty catching this species. Unlike the larger rainbow trout and brown trout, brook trout are found in much smaller and remote rivers. They can be found in shallow areas, hiding near fallen trees and boulders. Fly fishing brook trout with light gear can be quite exciting. • For fly fishing Brook trout, find the coldest, cleanest water and use a lightweight rod. • Lake varieties can be fished by trolling techniques. • In tributaries, apply float fishing using small baits. Small spinners and plugs can also be used. • A snelled spinner with a worm is also a good option.