Brown Trout are a medium-sized premier cold-water game and sport fish. It has been introduced in suitable environments globally and is considered the backbone of many fisheries. Brown trout is similar to Brook trout, Chinook salmon, Coho salmon, and Rainbow trout. Colorado River, Colorado, and White River, Arkansas are excellent for trout fishing. These fish have brown or golden-brown backs and yellowish or white belly. Back and sides are covered with black spots. Head and tail are sometimes spotted. There is a small reddish or orange adipose fin near the tail.

The average length of brown trout is between 8-24 inches but can grow up to 39 inches as well depending on the habitat. They can weigh from 1 – 9.5 pounds.

Brown trout can be found mostly in every continent except Antarctica. It is available in the water bodies of North America, Northern Canada, and Alaska. The range also extends from coastal rivers from Long Island, New York to Maritime Provinces and Quebec. 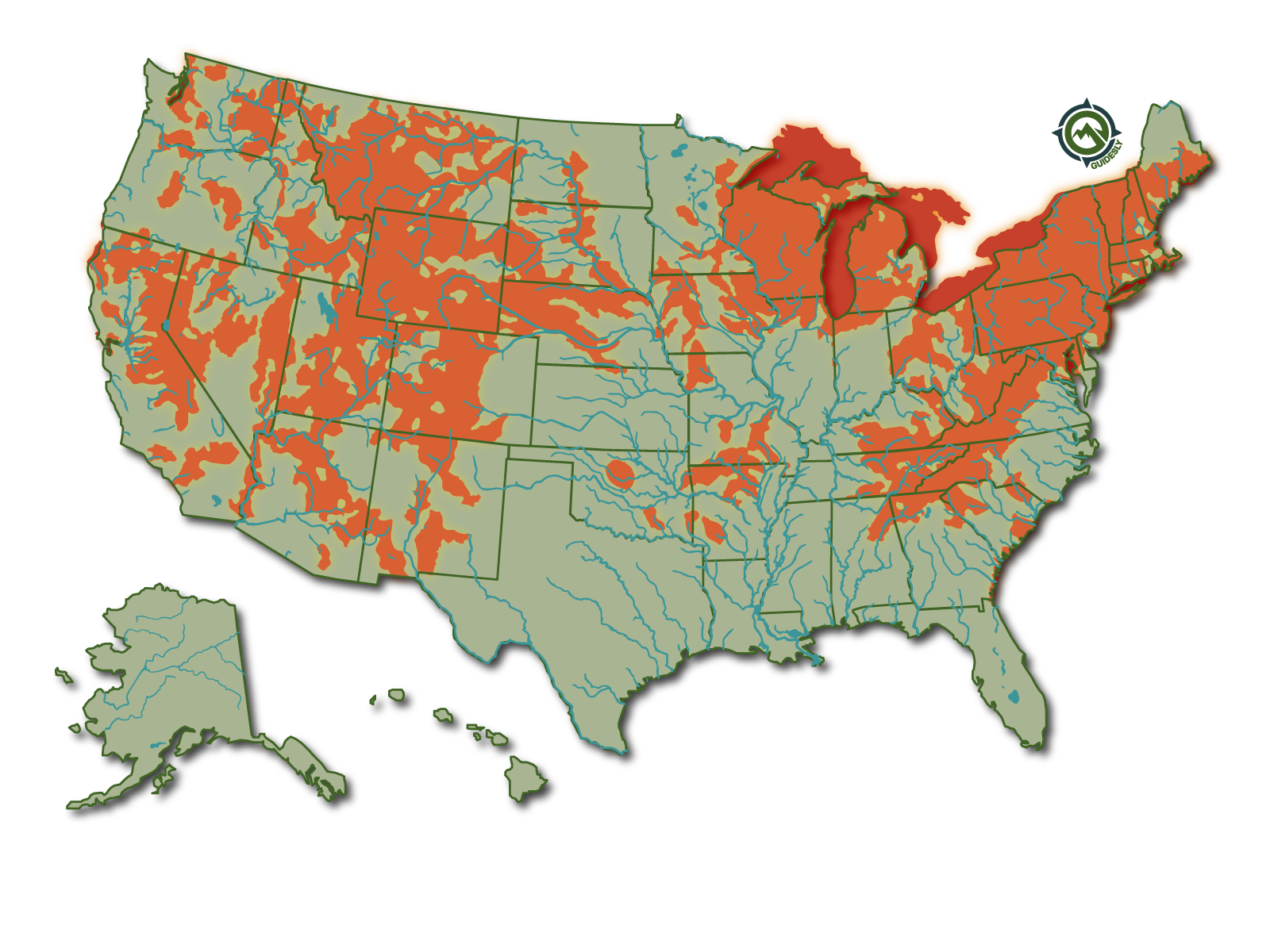 Brown trout prefer to live in covers and cool, clear, and calm waters. A temperature of 54°F to 65°F is ideal for these fishes but can survive up to 75°F. Sea trout travel to seawater or ocean and return to freshwater home for spawning.

The spawning season for these fishes start in fall and early winter, and the river trout mostly look for head riffle or freshwater stream to spawn. The site is dug by Brown trout female, where the eggs are laid and covered with gravels. Hatching occurs in spring.

In fall, brown trout feed aggressively at night. They can be found in deep pools, overgrown vegetation, or hiding near rocks. Many anglers recommend fishing for them near piers, and some consider fly fishing the only way for fishing them in streams. Trophy brown trout can be caught with streamers in the deep pools, they are hard to catch unless you hit fall spawning season in the fall.

• For fly fishing, dry fly or crawfish imitation can be used. Anglers can use a fly rod of 9 ft. length and 5 weight for excellent results. They can use the line of 4-6 weight. • In Great Lakes, trolling is an ideal option, or small spinners or baits can be used under afloat