The Crevalle Jack (Caranx Hippos) is a large fish that is part of the Jack family. The colorations can vary from brassy green to blue on the back, golden scales on the sides, and a white belly and bright yellow/gold on the tail and fins. It is an extremely popular game fish for anglers as well as important for the commercial fishing industry.

The Jack Crevalle inhabits both inshore and offshore water. 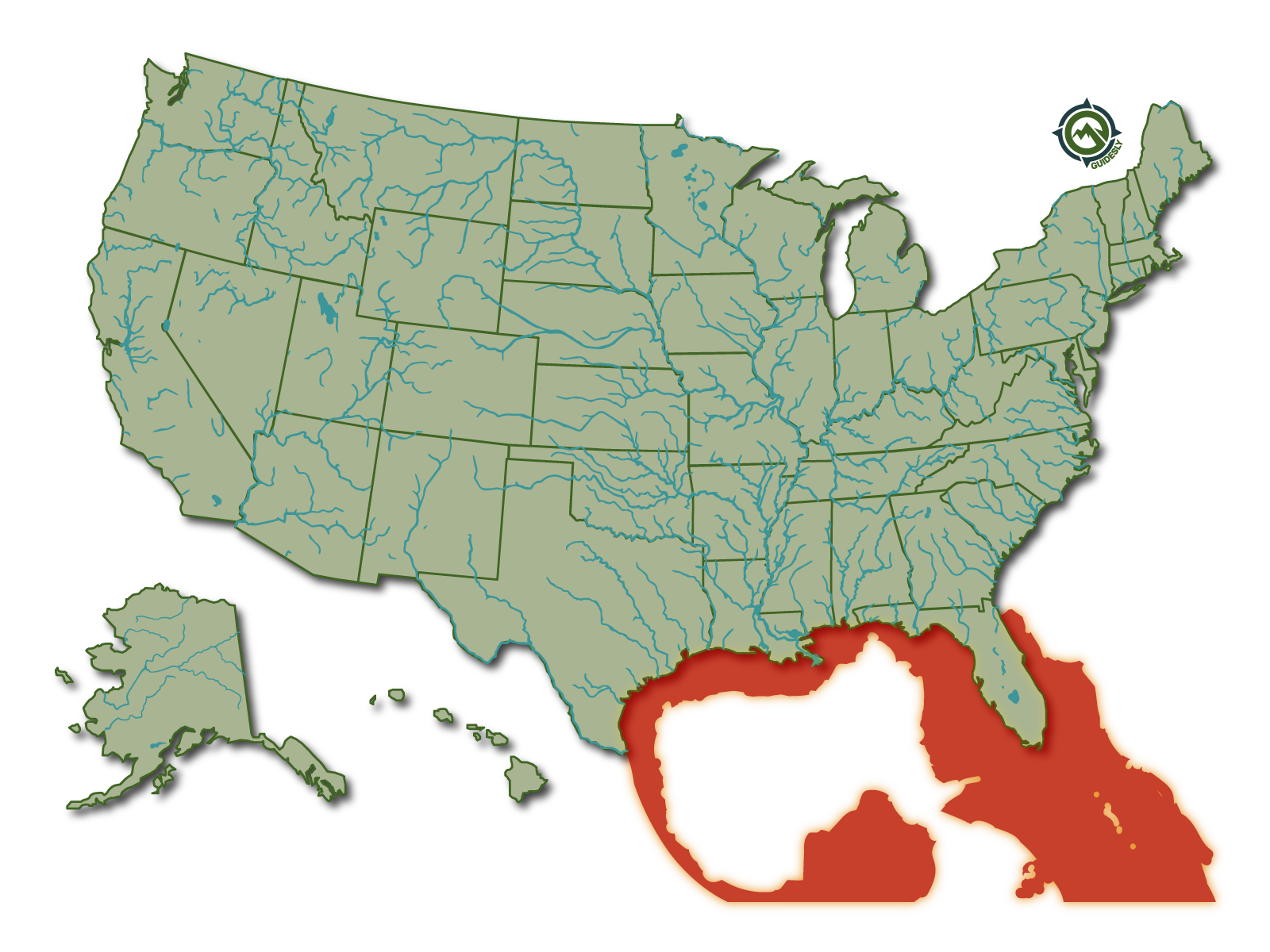 In the shallow water, they prefer seagrass beds, flats, sand-bottomed bays, or shallow-water reef. The larger adults prefer deeper water compared to the juveniles. They can also inhabit brackish waters and freshwater tributaries, although these are rare occurrences. While they do not often leave the continental shelf, they will inhabit waters as deep as 1100 feet. They also inhabit man-made structures like oil rigs as well as floating vegetation mats. They use these structures to hunt prey.

The Crevalle Jack can reach up to 4 feet and 60 pounds, but the average size range for this Jack species is 12-24 inches in length and 3-5 pounds in weight with females being larger than males.
The current world record was caught off the coast of Angola in Africa and weighed in at 66 pounds.

The Crevalle Jack is a powerful fish and should be handled with care. They reach maturity at 5 to 6 years of age and can live up to 17 years or more.

Anglers chasing Jack Crevalle sometimes report the smell of something similar to watermelon when approaching schools when they are feeding.

The dorsal fin is split into two, the first consisting of eight spines and the second consisting of one spine following 19 to 21 soft rays.

While most fish species are cautious around divers, schools of the friendly Crevalle Jack will actually approach and swirl around divers, possibly due to the bubbles given off by divers, or simply out of curiosity.

One of the biggest indicators to the angler when looking for these fish is to watch for schools of birds. The Crevalle Jack schools push baitfish to the surface and the birds attack from above. Unlike other schooling fish that jump you will rarely see this fish jump while on the surface.

Some great lure choices consist of silver spoons, hard and soft plastic baits that imitate their prey of mullet, sardines, and herring. Crankbaits and swimbaits are great options as well as live bait (mullet, herring, or sardines) . For fly fishermen, streamer flies and topwater popper flies are popular. Use flies larger than an inch to really help them stand out, along with baitfish patterns.

They are the bullies of the ocean and enjoy the chase. The fast and continuous movement of the bait will attract them. Cast the bait over and away from the school, and then retrieve it rapidly. If you are fishing in deeper water, quick and aggressive jigs will be effective. If they are closer to the surface, sight casting with topwater plugs is the way to go.