Great white sharks are the most notorious fish in the ocean. They were first brought into the limelight by the "Jaws" movie series, and admired by Discovery Channel Shark week. They are easily identified by their white bellies, gray skin, bullet-shaped bodies, and rows of about 300 jagged, triangular teeth. The sharks have a skeleton entirely composed of cartilage and are equipped with leathery, tough, and scaleless skin. They are giant fish with a blunt torpedo body and a shrilly pointed conical snout, dorsal fins, and a strong crescent-shaped tail. They are incredible hunters with good eyesight, strong muscles, and a strong sense of smell.

Great white sharks are mostly found along the coasts of South Africa, Australia, California, and the northeastern United States such as Cape Cod where the movie Jaws was based. Also, they are few around Brazil, the Azores, the Caribbean, East Africa, Northwest Africa, Madagascar, Sri Lanka, Mauritius, Northern Australia, the Philippines, Mauritius, and Hawaii. 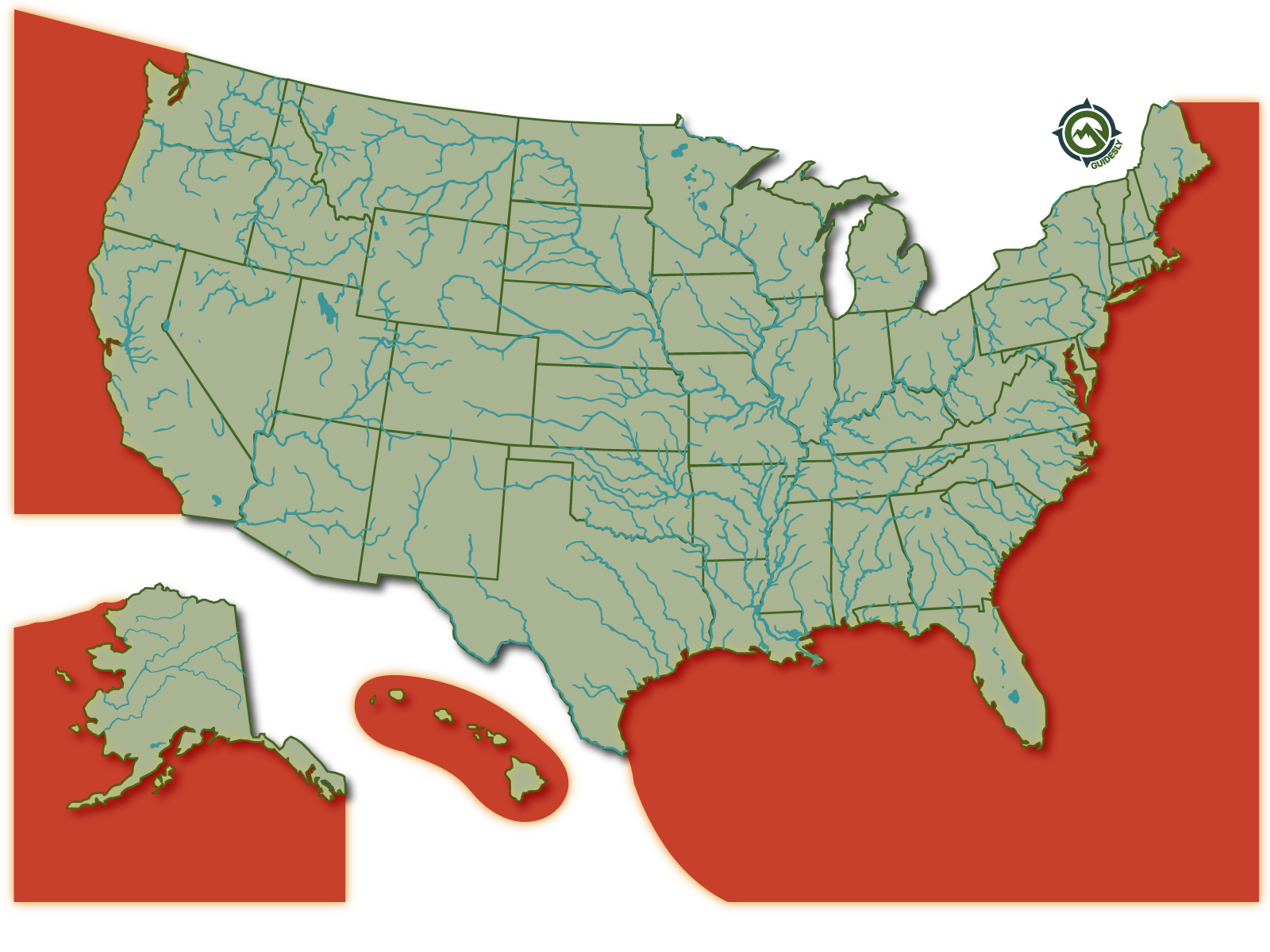 They live in almost all offshore and coastal water with water temperatures that range from 54-75 ° Fahrenheit, with the highest concentrations in the United States, Japan, South Africa, Oceania, Chile, and the Mediterranean.

They can grow to about 15 to 20 feet or more and weigh more than 5,000 pounds. Some time ago, divers near the island of Oahu in Hawaii made an uncommon discovery, taking close-up pictures of what is assumed to be the world record white shark in history. The fish was estimated to weighs about 2.5 tons. Great white sharks can live as long as humans, 70 years or more, longer than scientists previously believed.

Great white shark angling is illegal in the United States. The Great White Shark is a protected species. If you have an appropriate permit, catching a shark is one of the most thrilling kinds of fishing. It is only for the strong, the brave, and for anglers who are prepared for the biggest adrenaline flow of their lives. These species are found in almost any kind of saltwater location. Good places to find them are near reefs where there are smaller fish they feed on.

When fishing this species, make sure you have a strong tackle. It is important you have a tough fishing line; no less than a 100 pounds test line plus a rod that won't break with big game fish. Have some chum with you to throw them into the water to attract them. They are strange creatures with wonderful senses of smell. They will be attracted to the chum you cast into the water. Once they gather around the chum, they will be ready to feed on the bait.

The best method of catching these fish is to catch a few mackerel before you hit the water for white shark and use mackerel to hunt for them. Even other big fish can't ignore this bait, if you can get some mackerel as bait, you will eventually land a huge one and have a great story to tell.