It is the most famous and biggest member of the sunfish family and is a renowned game fish. Thousand Islands, Smith Mountain Lake clear lake are few of the best places to catch Micropterus salmoides. Largemouth bass has a green or olive-green color body and dark or black horizontal markings on its body hence the nickname black bass. It has a slightly forked tail and the soft rays on dorsal fins are separated by deep points.

They mostly live in ponds, lakes and medium-sized water bodies, but can be found near ditches and creeks, or a warm place abundant in weed and also in shallow muddy waters.

When matured, largemouth bass usually spawns from late winter to late spring. The eggs are guarded by the male. When hatched the school remains for about 3 to 4 weeks under their father’s protection before dispersing. The optimum temperature when the eggs are laid is a steady 60 ºF or higher.

They are most abundantly found in places where it is easier to hide, such as sunken objects and thick weeds. Other spots include gradual shores, under bridges, open waters and shoreline. • Fishing swim-baits also has a high success rate. It utilizes fake fishes rigged with hooks.
• Dragging is mostly used to catch largemouth. It uses plastic baits and Carolina rig. Most effective to use in the hard bottom and non-vegetated areas. • In shallow water and grass rich areas, try wacky fishing using straight worms and a variety of hooks.

Anglers can use the jigs, crankbaits, jerk baits, hoppers, minnows, plugs and live bait such as worms or minnows.

The largemouth bass is only native to North America and was also found in some parts of Eastern and Southern-most states of America, but now has been expanded to every state of America. However, due to its popularity as a game fish, the species has been introduced in many countries of Europe, Asia, Africa, South America, Central America, and Caribbean. 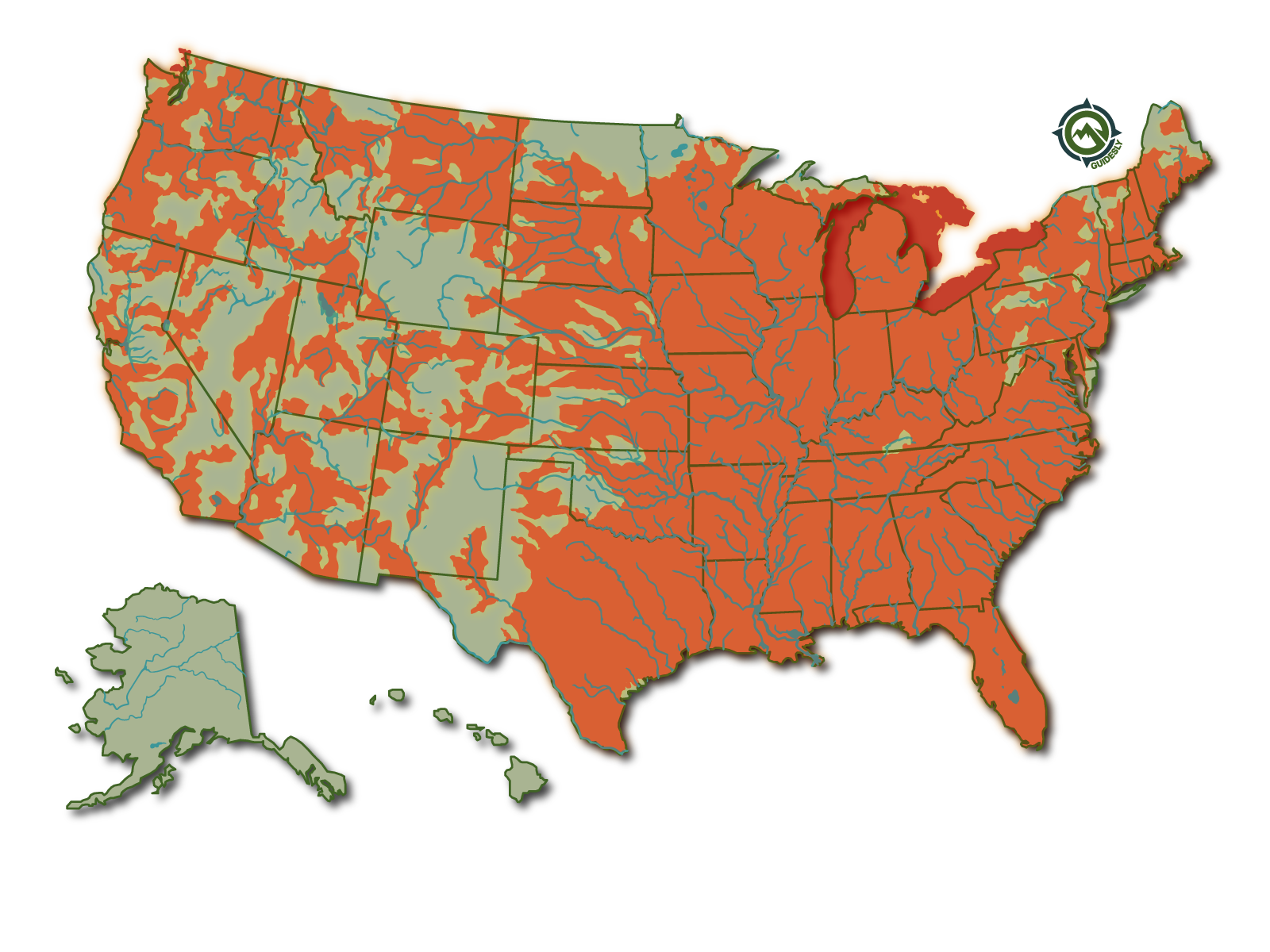