Sockeye Salmon is a small fish compared to other Salmons. Due to the degradation of its habitat and overfishing, studies show that the population of this salmon species is in decline. Wild sockeye salmon have metallic blue-green back, silversides, and white belly. Unlike other pacific salmon, it lacks distinct black spots, but few specks can be found on back and tail. The head of an adult Sockeye turns green and develops a red body when they return to spawn in freshwater.

The length of Sockeye salmon varies from 18 to 31 inches and weighs about 4 to 15 pounds.

• Sockeye Salmon are also called red salmon and blueback salmon. • Reds are anadromous in nature, which means they travel from freshwater to seawater, and then later return to their hatching point to spawn. • Wild salmon is a well-known delicacy, fetching top dollar. A salmon fillet is orange or pink meat with high nutritional value. • All salmon species have a unique spawning process where they watch the nest and decay, dying shortly after spawning. • Oncorhynchus nerka is the third most abundant fish among the pacific salmons. • They can identify their home stream using their smell and will travel incredible distances to return for spawning. • The average life is 5 years. • Breeding males have humped backs and develop sharp teeth and elongated jaws. • There are landlocked sockeye called kokanee which are not anadromous.

Sockeye Salmon are born and spawn in freshwater. They can be found in freshwater bodies such as streams, rivers, and lakes. They will stay there from a few weeks to 3 years before migrating towards estuaries and finally into the ocean where they spend 1-4 years feeding, growing before returning to their birth water to spawn.

Sockeye Salmon spawn in summer or fall and eggs hatch in winter. Female dig gravelly nests or "redds" using their tails, lays about 2000 to 4500 eggs and cover the nest. Spawning can occur in lakes, beaches/shorelines, or river gravel.

Anglers recommend fishing them in season, especially in the early morning using brightly colored lures. Alaska & British Columbia are renowned for their Sockeye Salmon runs. Kenai River, Alaska have notable fishing spots for Sockeye fishing. • Fly fishing the rivers is enjoyed by many anglers to catch sockeye salmon. The trick is to put the lure in the same depth as the fish, as they don't move much to bite. • Anglers also use lining technique for sockeye fishing, in which the fish gets hooked while avoiding the leader. • Repetitive continuous swings right in front of the fish mouth is a very good strategy to make the fish bite. Sockeye salmon give explosive fights when caught, so a heavy rod should be utilized. • Anglers can use a combination of 7-9 weight, at least 9' fly rod. Many swear by Spey Rods for river salmon.

Northern Pacific Ocean and its tributaries are native points of these wild salmon, who range from Bristol Bay Alaska to the infamous copper river salmon, and in many areas of British Columbia such as the Fraser River and as far south as the Sacramento River, California. 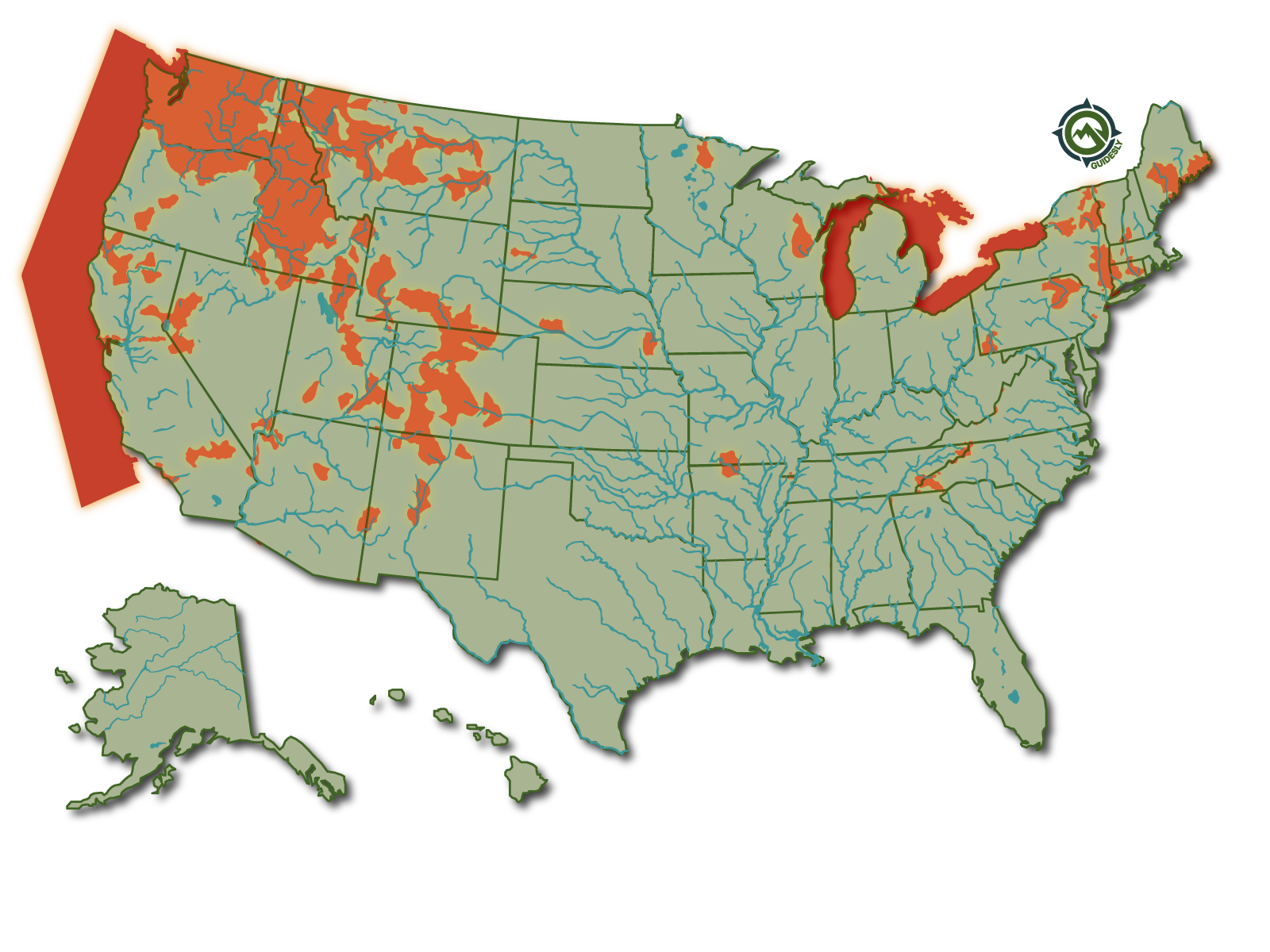