The Spotted Bass, also called Spotty or Kentucky Bass, is a popular game fish in the Centrarchidae family. It is a cylinder-shaped fish with its lower sides of its body having characteristic dark spots in rows. The color of the body can vary from light green to light brown. The Spotted Bass is frequently confused with the Largemouth Bass. Several key features distinguish them: jaw length, cheek scales, the dorsal fin, the tongue, and belly markers. Here are the differences in detail:

Other differences you may notice are:

Largemouth Bass tend to jump and rush to the top of the water when hooked, while spotted Bass will dive deep and behave more like a Smallmouth Bass on the line.

Spotted Bass primarily gravitate to structures while you will find the Largemouth Bass in cover.

Spotted Bass reaches maturity in their first year. Rock and gravel bottom are preferable spawning spots for them, with the temperature of water range from 57 to 74 F. Males guard eggs laid by females for four weeks.

Spotted Bass can reach 25 inches in length and 7 pounds in weight.

The males keep guarding the fry even after hatching.

They tend to group in schools, unlike other Bass species.

Spotted Bass is a carnivorous fish as it primarily feeds on crayfish but can also eat in catfish, insects, and minnows.

They are excellent fighters.

The best fishing techniques for Spotted Bass are bait casting, spin casting, still fishing, and drift fishing. A favorite is a light-medium spinning rod and 6 lbs line of fluorocarbon.
For fly fishing, just about every fly works well, such as poppers, streamers, poppers, and Clouser minnows. It can be a fun fish to catch for fly fishing as it puts up a tough fight.

Young Spotted Bass usually feed on insects and zooplankton. As they grow into adulthood, their diet changes to fish and crayfish.

Anything that can catch largemouth bass is perfect for catching Spotted Bass due to their aggressive behavior. Anything in your tackle box such as crankbaits, jerk bait, soft plastic bags are effective bait. You can also use topwater lures in the late afternoon and early morning. 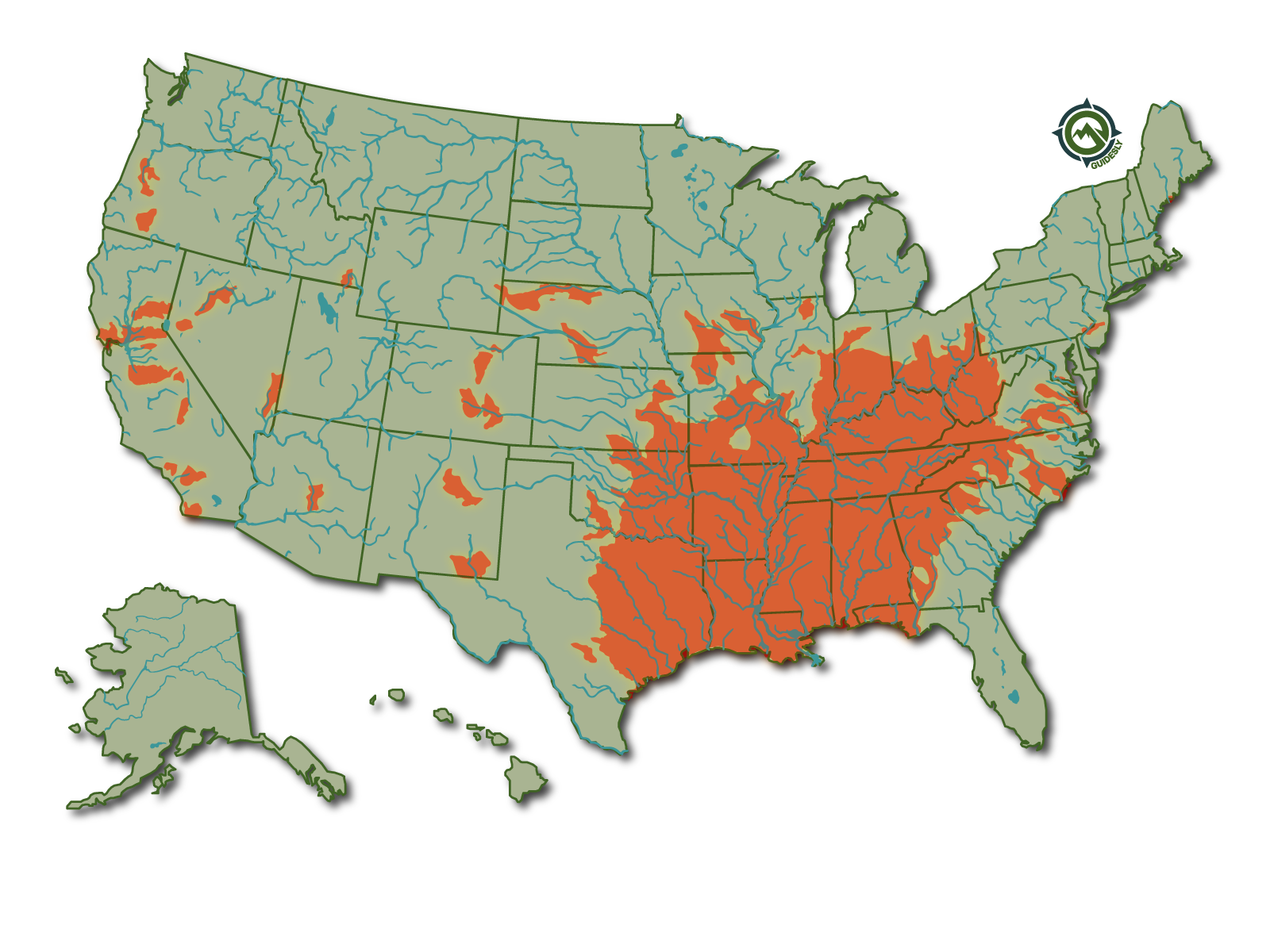 The Spotted Bass love to dwell in slow-moving clear water with rock bottom or gravel, such as streams or rivers. They are not found in brackish water and rarely enter natural lakes.

They are fairly distributed throughout the lower and Central Mississippi River Basin and Ohio basin. Spotted Bass can be found from Florida to Texas and east Texas from Guadalupe River to Red River.

World Record Spotted Bass was caught by Nick Dulleck on New Bullard's Bar Reservoir, California, weighing in at 11 lbs. and 4 ounces. It was 24.25 inches and had a 20.75 inches girth.