Yellowfin can be found weighing up to 440 pounds, but an angler is more likely to catch a 60-pounder. The body lengths of yellowfin tuna range from 2 to 7 feet. Due to their streamlined body, yellowfin tuna can move with a speed of 50 miles per hour.

Fun Facts of the Yellowfin Tuna

The Yellowfin Tuna, or known by their other name, Ahi, is a prized fish in the Japanese fresh fish cuisine of sushi or sashimi. It also makes a great grilling steak. Although the Bluefin Tuna is considered the holy grail of fresh tuna because of its delicious fatty meat, the Yellowfin comes in at a close second in taste and is much cheaper and easier to find at the grocery or fish store. Bluefin is quickly picked up by high end restaurants making Yellowfin more readily available at the fish market. Yellowfin tuna are known as spawning and eating machines. Yellowfin tuna have a featured meshwork of tiny blood vessels around their muscles, making them warm-blooded. 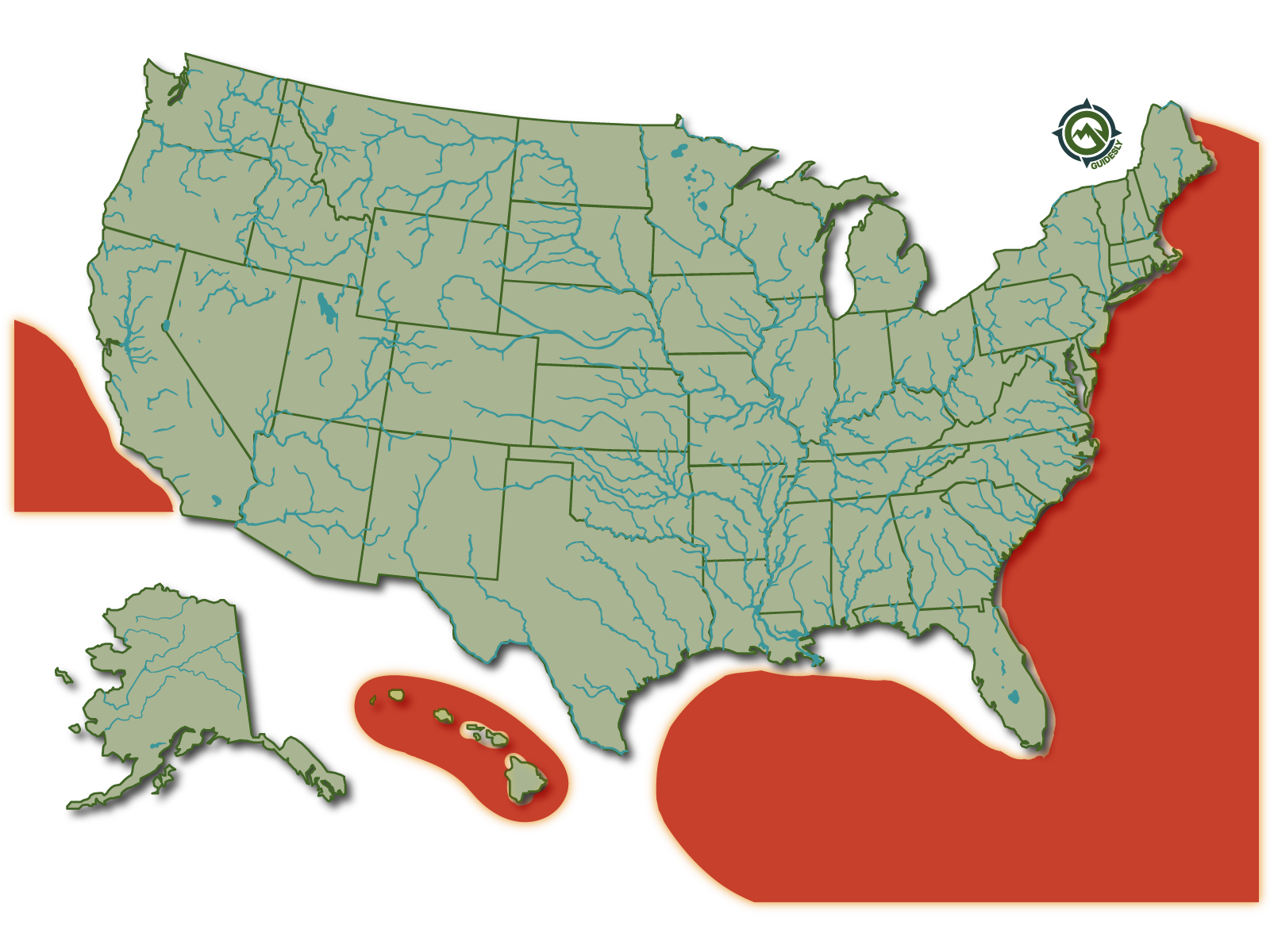 Yellowfin tuna are abundantly caught as offshore gamefish throughout the year. Yellowfin tuna can be caught by using a variety of techniques whether that be trolling, casting, jigging, or drifting. Live bait and artificial lures are both frequently employed.

Setting up a trolling spread can be a complicated business, but rigged ballyhoo, skirted trolling lures, cedar plugs, and spreader bars are a good place to start. When you’re marking fish down deep but nothing’s biting, sometimes it’s smart to bring in the spread and start jigging. While trolling and jigging can be effective, however, nothing matches the excitement of a yellowfin coming out of nowhere to annihilate a surface plug. If you can find them, the best way to catch busting fish is often casting surface plugs. This technique works in open water as well… just make sure you stay far enough away from the trolling fleet! Fly fishing is not easy for yellowfin tuna. Popper and Tandem tube fly are best, but it can be hard to get a yellowfin tuna to commit to taking your fly. Chunking is a technique that’s often used to draw the attention of finicky tuna. It’s pretty straightforward, essentially cutting up dead bait and tossing it overboard to draw hungry tuna up from the depths. When fishing live for yellowfin, the most important thing to keep in mind is to match the hatch. You’ll have the most success using whatever it is that the tuna are feeding on at that time of year in your location. Herring, menhaden, blue runners, and anchovies are all viable options.

In tropical and sub-tropical waters, spawning continues the whole year. Spawning is high in summer in the southern hemisphere. Female yellowfin tuna spawn once a day. They can lay about 0.2 to 8 million eggs per spawning season.

Yellowfin tuna are native to the Pacific Ocean, Indian Ocean, and Atlantic ocean. They can be found as far north as Massachusetts in the summer. found in the top 330 feet or pelagic zone of the water.

The official IGFA world record is a 427-pound fish caught in Cabo San Lucas in 2012, although ineligible larger fish have been caught, such as a 445-pound fish disqualified because a deckhand helped move the rod around a bow anchor.

US Regualtions Season - always open; Size limit - The Carolinas, Alabama, Louisiana, Mississippi - 27'' curved, FL minimum; other states have no size regulations; Bag limit (per angler per day) - The Carolinas, Mississippi - 3; California has a 20 finfish bag limit, with no more than 10 fish of a single species allowed,; other states have no relevant bag regulations;