The tarpon, also referred to as the “Silver King," is a magnificent and exhilarating gamefish to catch. They are the lone members of the Megalopidae family. They are antediluvian animals and are regarded as the great saltwater fish. Tarpon are incredibly popular both due to large size as well as their fantastic jumps and leaps when hooked. However, they are also known to be the one of the trickiest fish to catch since they often break free as they leap through the air. This degree of difficulty in the fight makes landing a tarpon an impressive accomplishment and hooking up with one the exciting experience of a lifetime!

While Tarpon can live in both saltwater and freshwater because they can gulp air directly, they are commonly considered as ‘the great saltwater fish’. They can grow to more than 7 feet in length and over 300 pounds in weight. They are normally found near shore, which makes the species one of the largest fish to hunt without a large boat. They mostly eat fish, crabs, and shrimp. Their backs are bluish or greenish, and they have dorsal and soft anal rays. Tarpon have shiny and silver scales that cover most of their bodies, apart from the head. Their eyes are large with adipose eyelids, and they have wide mouths with lower jaws that extend out farther than the rest of the face. 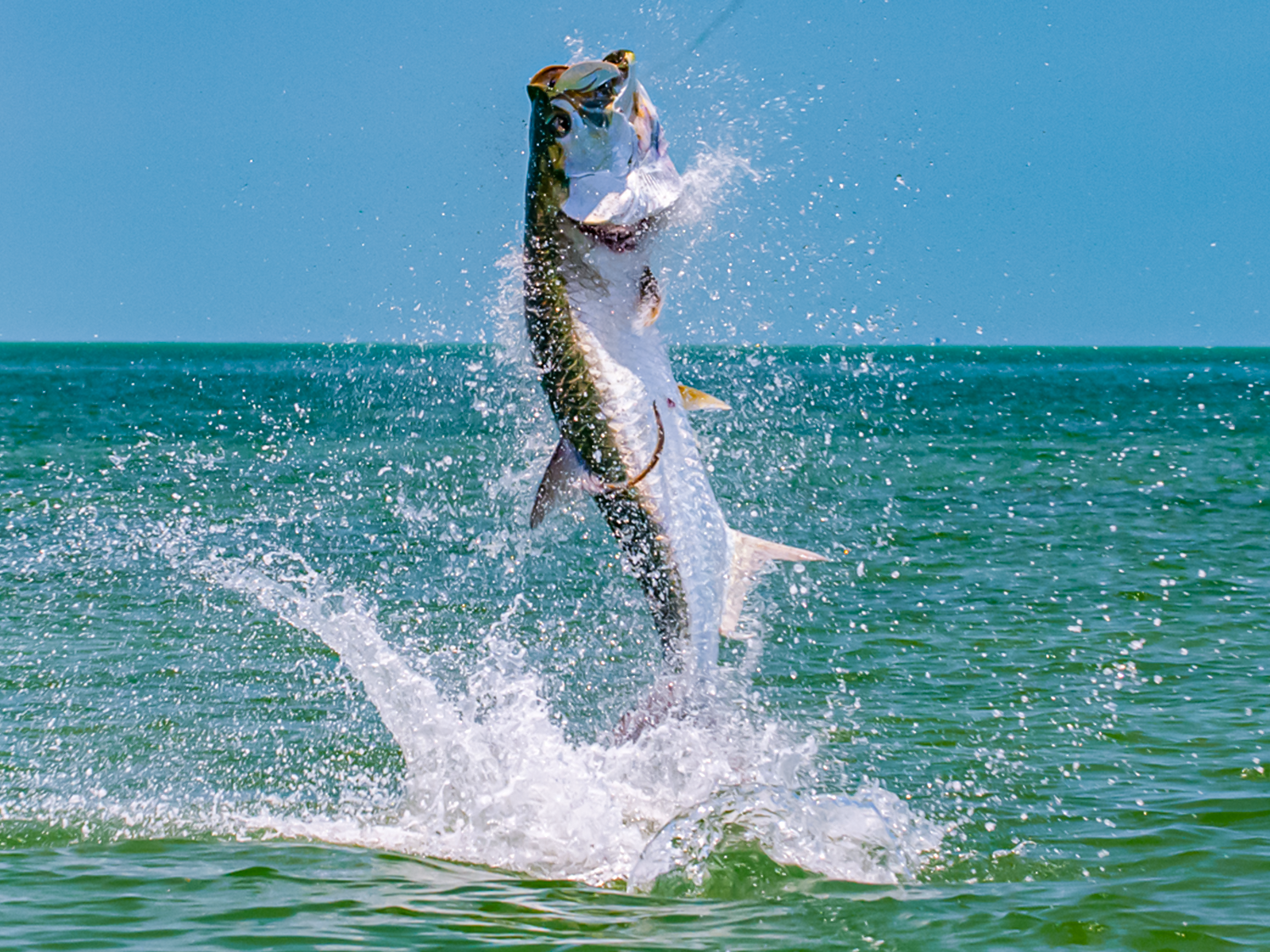 Tarpon fishing in Florida is among the best in the world, and hunting tarpon on the vast flats of Florida can be an exciting experience. Your rod and reel setup and its specifications are very important in order to overcome the fish's tendency to fly off the line. I suggest using about 7 feet line, eighty-pound tinsel strength, together with a size 9 circle hook when fishing for tarpon. Circle hooks tend to hook fish in the corner of the mouth. This is not only good for the angler, as the tension stays in the right place, but also for the fish’s wellbeing. Finally, when choosing a hook size, make sure you consider the bait you will be using.

There are a lot of good choices of bait to use. Tarpon tend to bite better at night, meaning good bait choices are creatures that tend to go out at night. They love pinfish, crabs, and live mullet, although artificial bait can also be used. While it is possible to catch tarpon year-round, the best times are typically spring and summer. 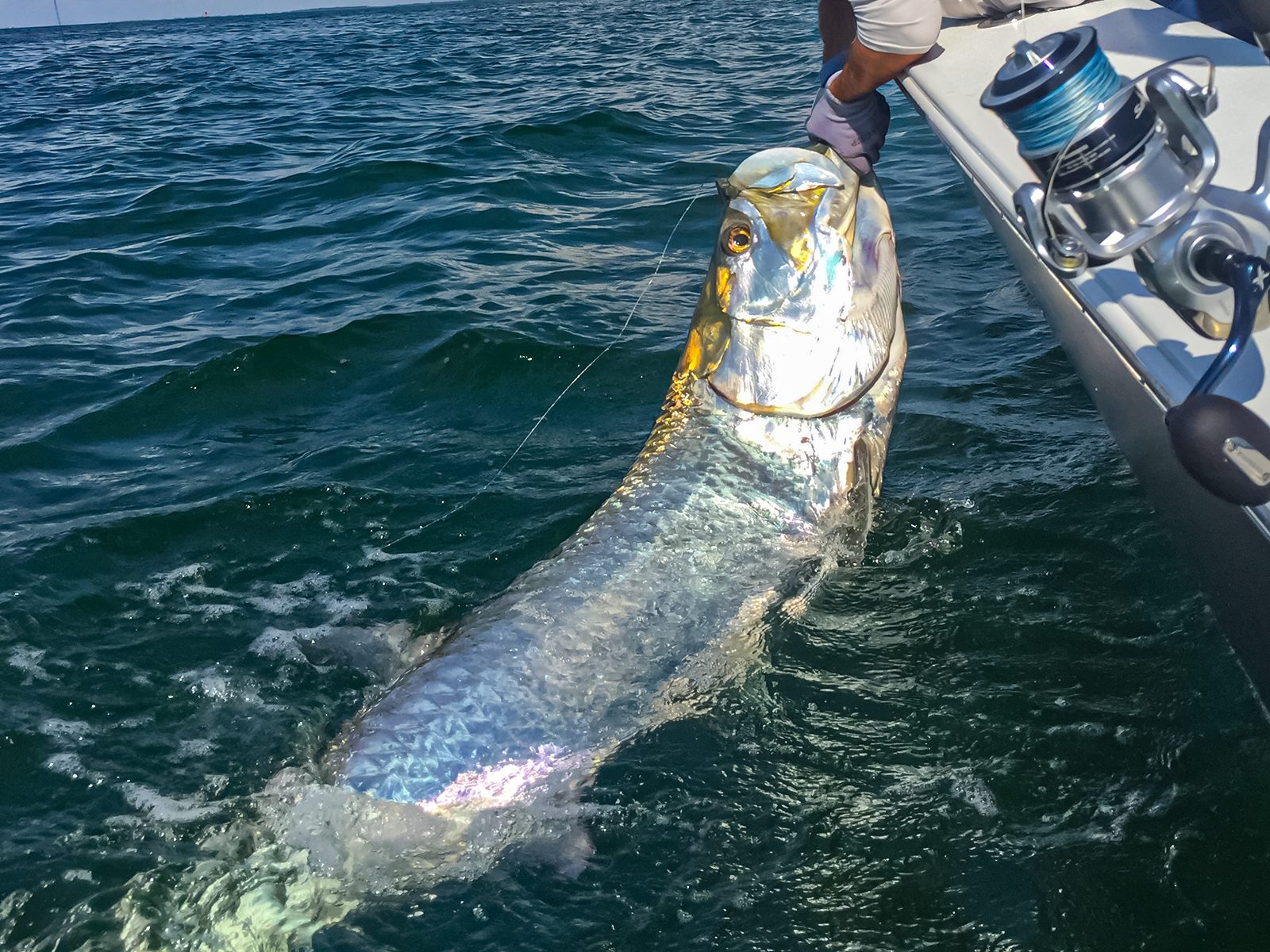 The Boca Grande is the number one hotspot for tarpon in the world. Every year, hundreds of thousands of Tarpon migrate to and around Boca Grande Pass to breed. Boca Grande Pass is located off Gasparilla Island in the mouth of Charlotte Harbor in southwest Florida. Tarpon from the Gulf and the Caribbean arrive every year. After a long journey, most of them arrive in April and fatten up for the spawn. Around May, they prepare for spawn by gathering into large groups. They generally breed in large groups of 500 or more on a strong tide. After the spawn is over, which is usually around June, most of them migrate back to where they came from. 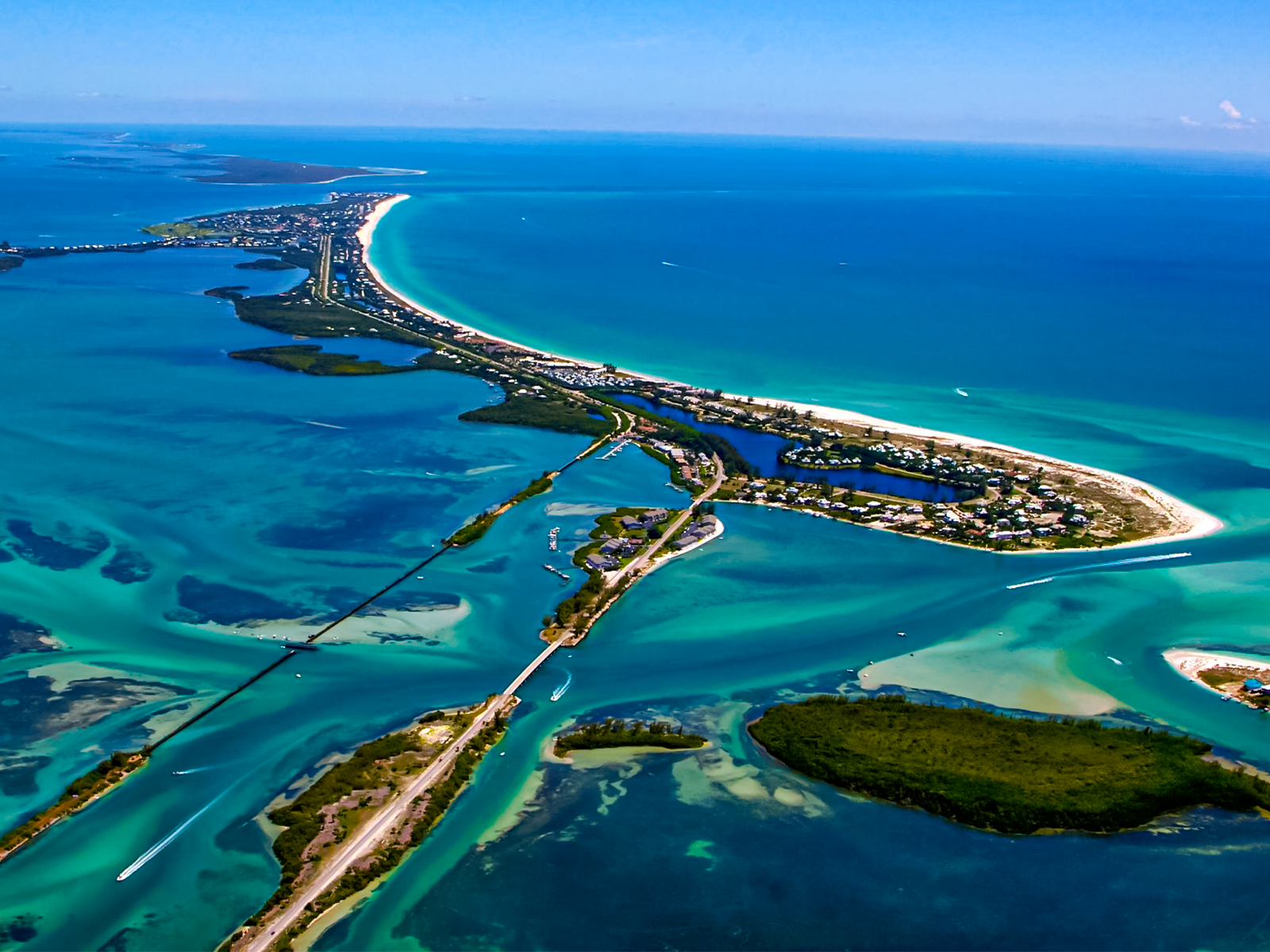 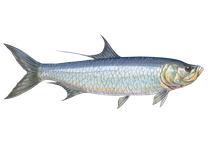