Nymph flies come in thousands of design and color options, such as the stonefly nymph which literally comes in 4 variations of wet fly or the mayfly that comes as a wet fly and a dry fly. Matching the natural aquatic insect in the water is always the best choice. Trout eat a variety of insects, so when fly fishing it is always smart to carry a wide selection of fly patterns so the fly fisher has the best opportunity to find the right color, size, and pattern combination. Here are some of the most popular nymph flies for fishing!

The larva stage is essentially an insect born underwater as it develops prior to beginning its metamorphosis. A couple of examples, a midge is a small worm that has segmented bodies and is often red due to their diet. While a mayfly will be a ½ inch to one-inch swimmer, clinger, crawler, or burrower that lives underwater for 2-4 years before entering the Pupae stage. Midge larva are the standard “nymph” form of a midge and are fished subsurface throughout the water column.

The pupae stage of development is where complete metamorphosis occurs between the larval and adult stages. Not all Nymphs go through a Pupal stage, some go straight from nymph to adult. Larval structures such as cocoons break down during pupation and features like wings appear for the first time. Think of the transition between a caterpillar and a butterfly.

Pupae nymphs are going to be shorter & thicker, typically in the range of 14 – 26 and look simpler, plain with very little color. Most pupae nymphs will float the water until they find the right conditions to hatch making them easy trout targets. Pupae Flies will be wiggling while trying to hatch and that draws the attention of fish. An emerger is not an actual stage of an aquatic bug’s lifecycle. The emerging bug is trying to emerge from their aquatic world into a world above the water. For bugs that undergo complete metamorphosis, it is the pupae. For bugs that undergo an incomplete metamorphosis, it is the nymphs. In both instances, they have reached maturity within their respective stages. To begin the next stage of their lifecycle, they must reach and break through the water’s surface. They sit just below the surface and sometimes their wings might be above water.

The main difference between emerger and pupae flies is the appearance. Emerger flies are almost fully developed. They have the wings and the tail but are not quite developed enough to rise fully to the surface. Recent research has documented emerger flies are trapped under the surface film for 5 to 15 minutes where only 50% make it out of the water.

Most nymphs will have a very short adult life above water. For example, the mayfly life cycle is amazing. When a Mayfly reaches the adult phase, it first emerges from the water as a dull-colored dun or subimago, incapable of reproducing. This is a very short phase, lasting from a few minutes up to a day. This is what makes the mayfly lifecycle so cool and unique. Somehow, the mayfly undergoes one more change as a winged insect from the dun to a full-grown adult, called a spinner. Once the adults have reproduced or laid eggs their life ends. The female simply falls on the water, spent, exhausted and lies with her wings open on the water. Fish swim along and slurp up the nice meal. On the other hand, the males usually fly off into the weeds or plants on the side of the river to die.

We all think of those rising fish jumping out of the water as they attack a dry fly. Fly fishing to rising fish is exhilarating and a mayfly hatch or really any hatch can present an unforgettable day. As spinners fall to the water the large trout attack. On one given day a fly fisherman could be fishing a caddis nymph to brook trout and a few hours later a caddis hatch starts so we reach into the fly box and pull out an emerger and eventually a dry fly to catch those rising fish.

While technically resembling a worm and not a fly or nymph, a red or pink worm is a must-have in the arsenal. Worms will work anytime and anywhere but will usually work better when the water is off-color and not crystal clear. All fish love to eat worms, and if you can present it correctly to the right fish, they will easily try to eat it. 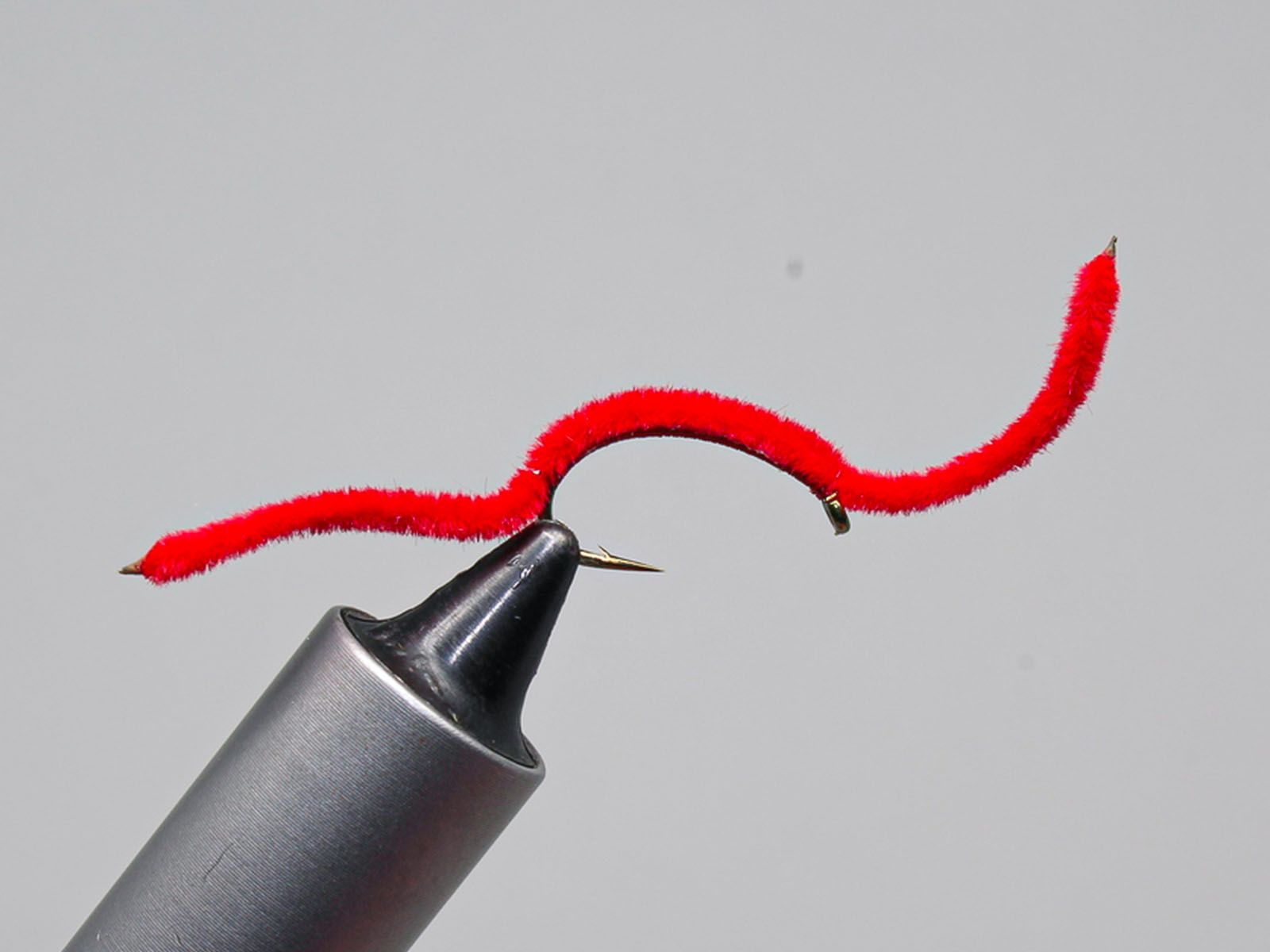 One of the most popular nymph patterns out there, the hare’s ear nymph is commonly found in almost every fly fishermen’s arsenal. This nymph can be tied in a variety of colors and with different materials, giving it even more versatility. This pattern is one of the best mayfly imitations you will find, and it produces the fish to prove it! 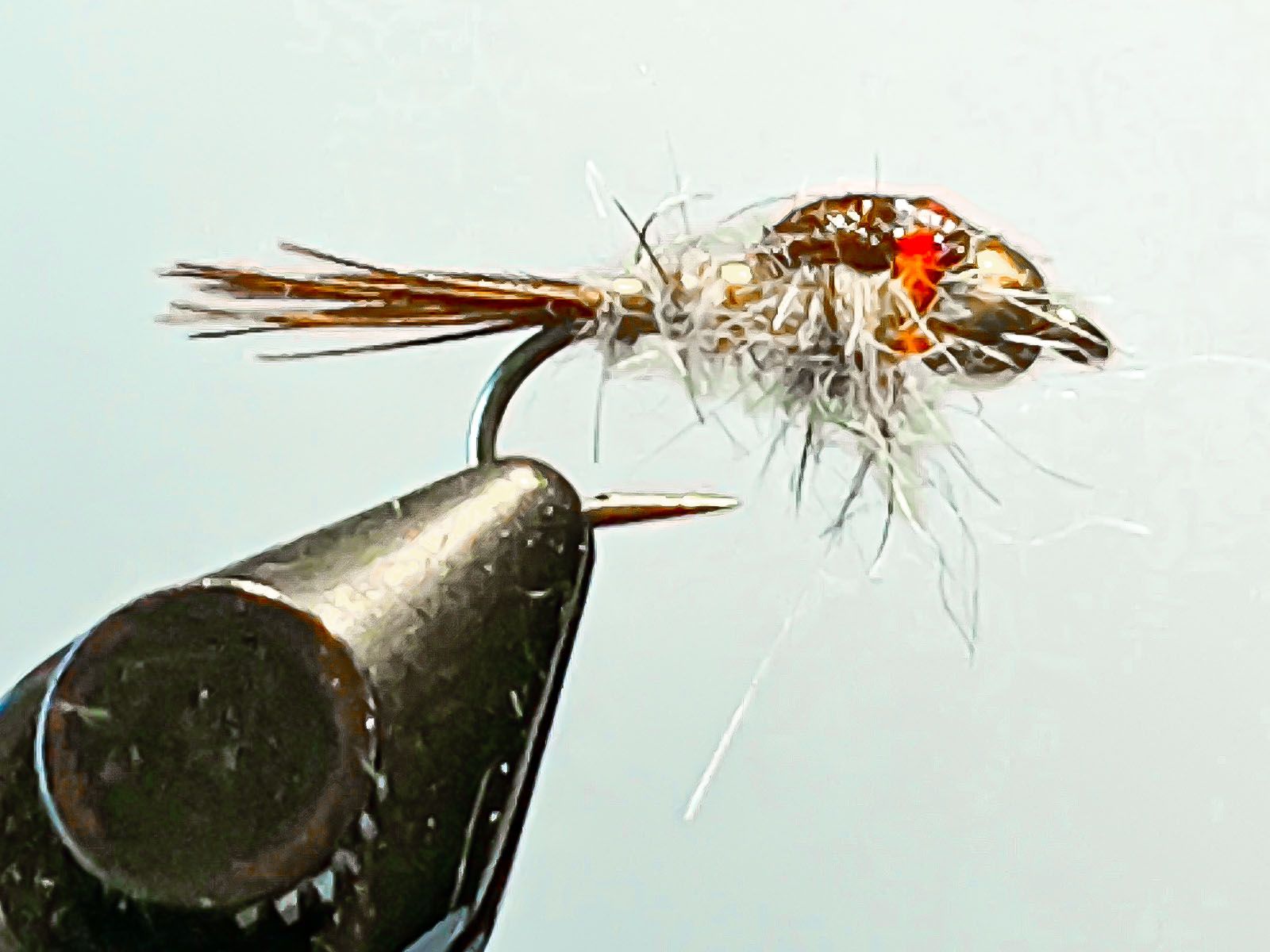 The best thing about the zebra midge is that no matter what time of year it is, this fly will work. Whether you are fishing warm and sunny days or a cold river in the winter, this pattern continues to catch fish. This is because midges hatch during all seasons, so they are a staple for trout in most areas. This pattern can also be rigged in different colors and sizes to fit exactly what you need for the area. 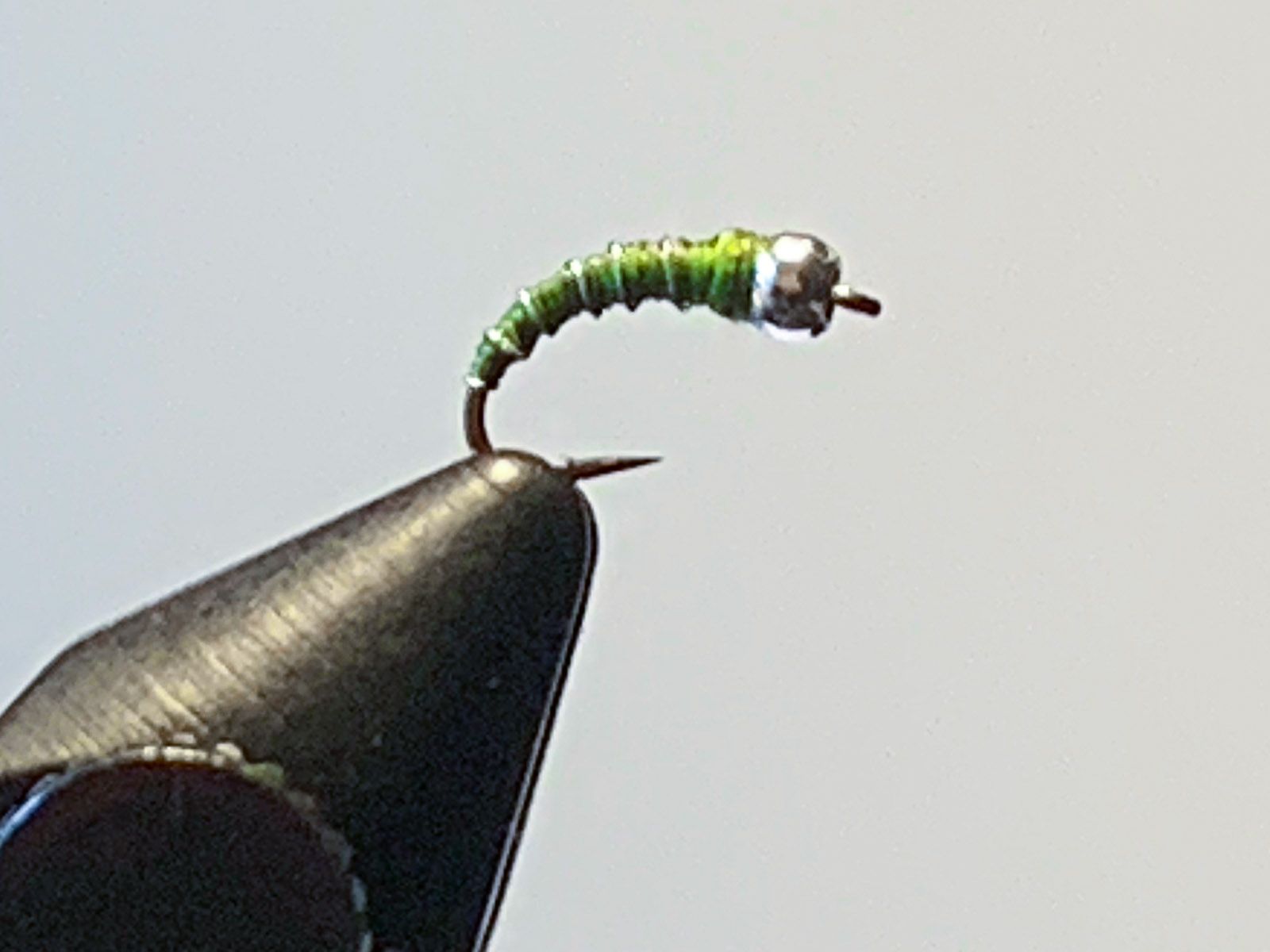 The prince nymph is another popular pattern found in most fly collections, and it works well most of the time regardless of area. It will perform even better in areas where there are or have been caddisflies, but it is not necessary either. It is often easy to present and tied in different colors. Most advanced anglers will use a brighter or more untraditional color when water clarity is off, while on sunny days with clear water the original is usually the favorite. 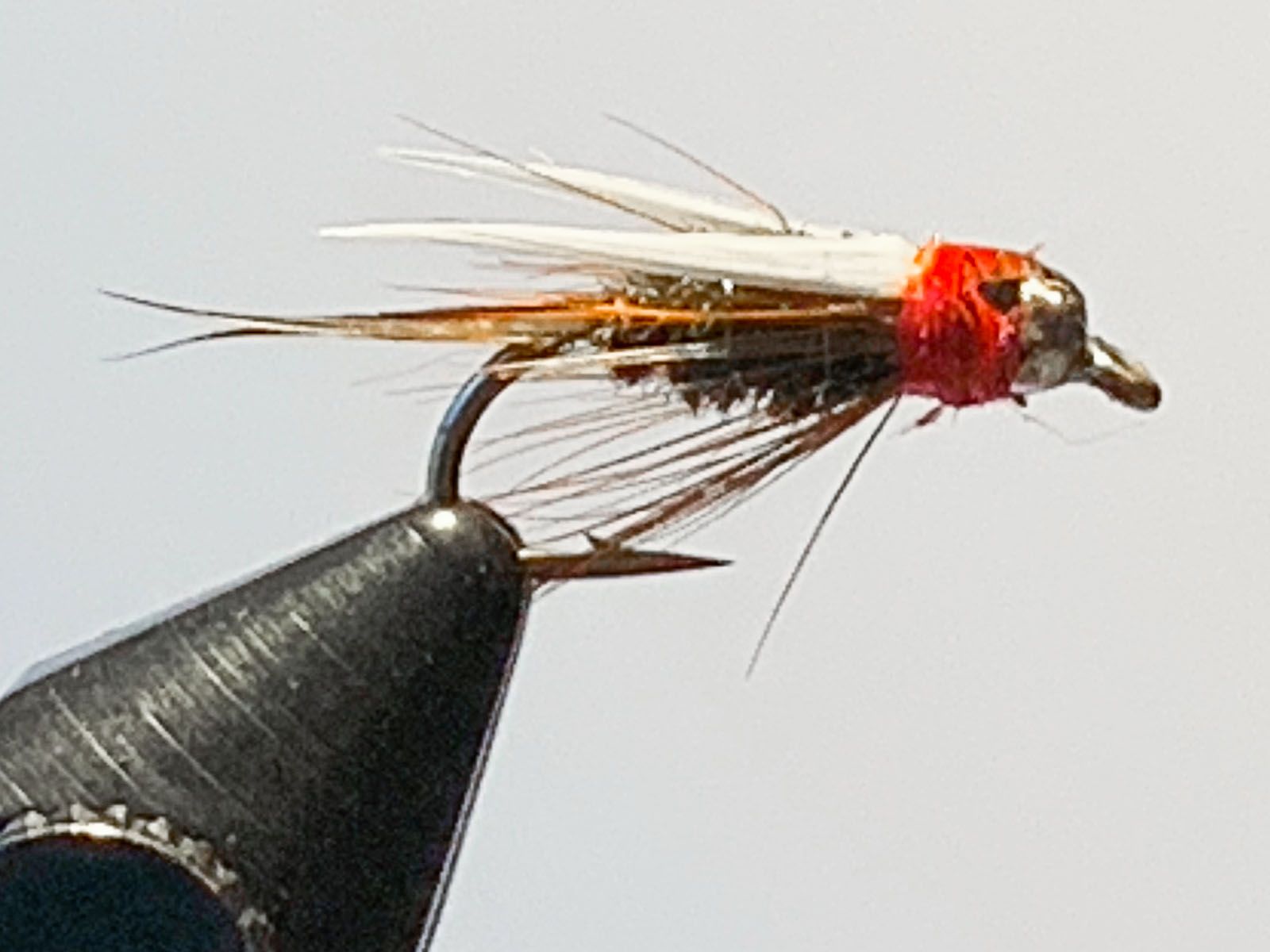 Because of its fish catching capabilities, the copper john quickly became a classic. It works for many reasons, but a few include: its ability to sink extremely fast, it matches the profile of many different insects, plenty of color options, and great movement in the water. This is one pattern you should always carry with you! 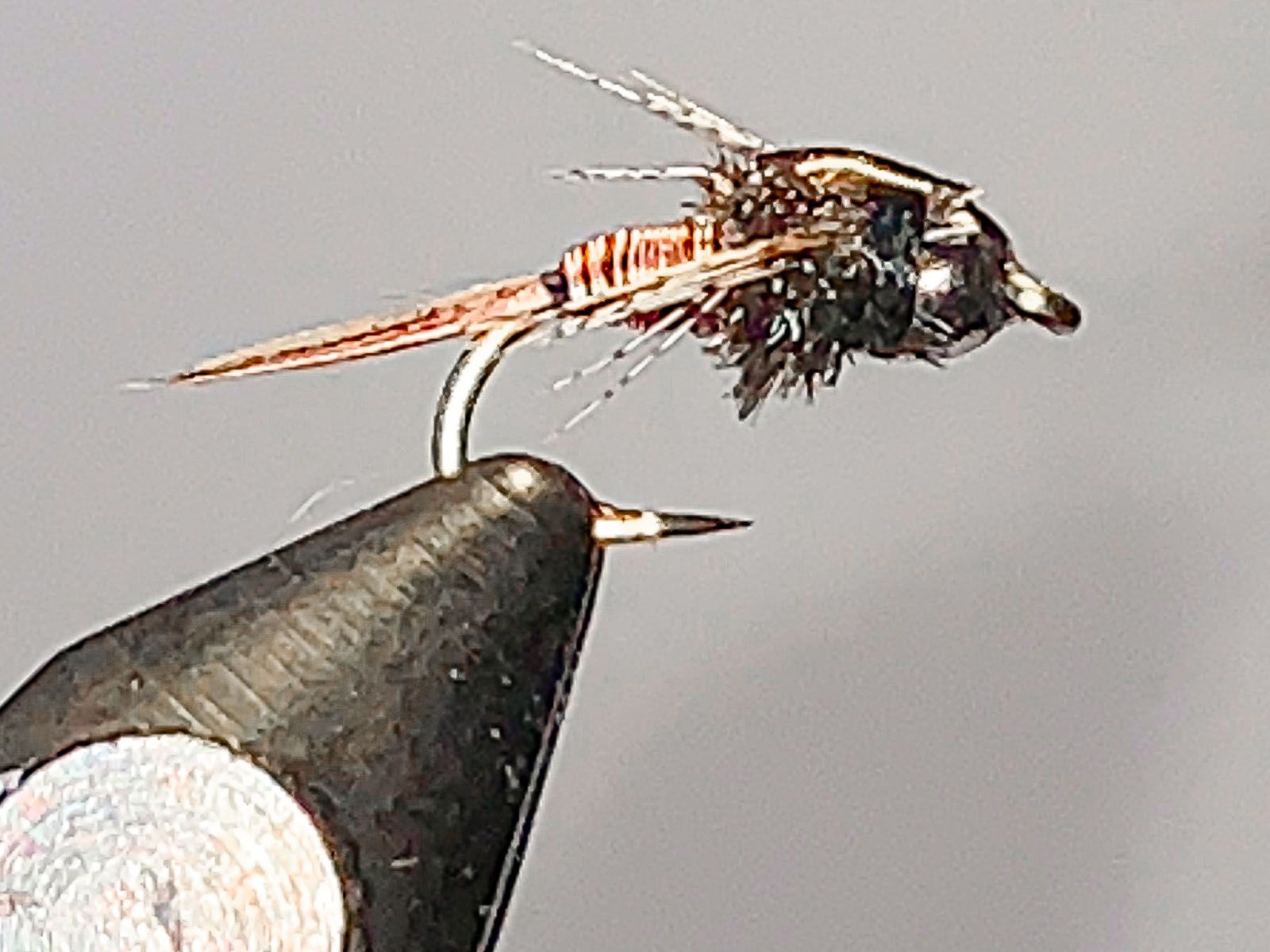 Many anglers prefer to fish with soft hackles only during a hatch or on a sunny day, but these can work well no matter what. If you are encountering tough fishing conditions and struggling to entice any fish, this is a great pattern to try out to draw out some finicky fish. The pheasant tail is like its cousin the hare’s ear, and both patterns are great for tough conditions to give fish something a little different to trick them. 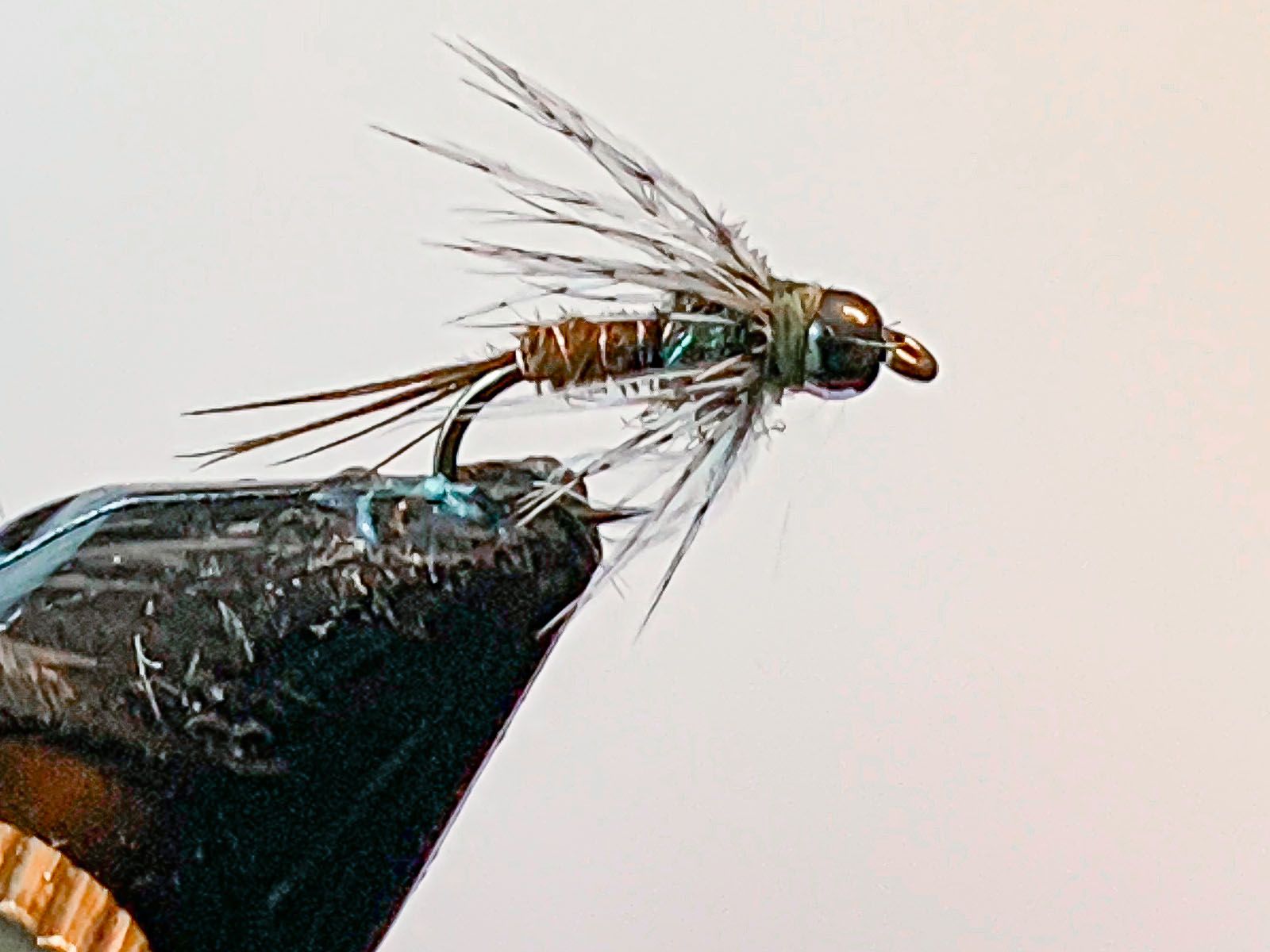 Made in a variety of sizes, colors, and patterns, a rubber leg nymph can mimic many different types of insects, although the most common is the stonefly. Stoneflies are very common in many different rivers and can entice a bite even when the fish may already be fed and full. The rubber legs on this fly give it plenty of motion and movement in the water and could be just the ticket for tricking a challenging fish. 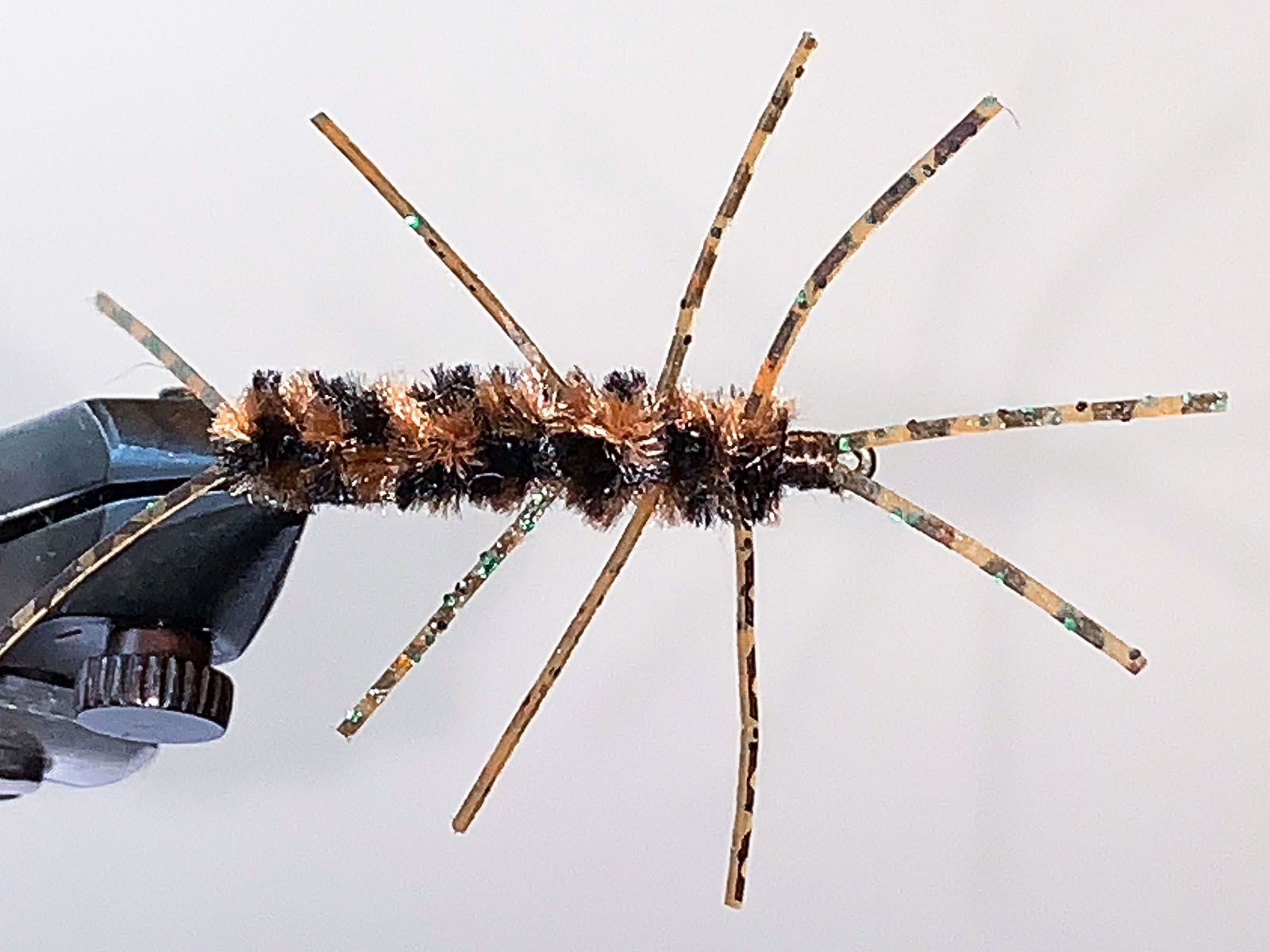 The sowbug is a tailwater insect that is a primary food source for many trout throughout the year, but even more so during the middle of spring. If you use a sow bug in the right river, you will have no shortage of fish trying to eat it. This is also a great fly to use in conjunction with a worm, as the sow bug will be in the middle of the water and you can fish a worm slightly deeper. The most popular colors include grays, browns, and rainbow hybrids. 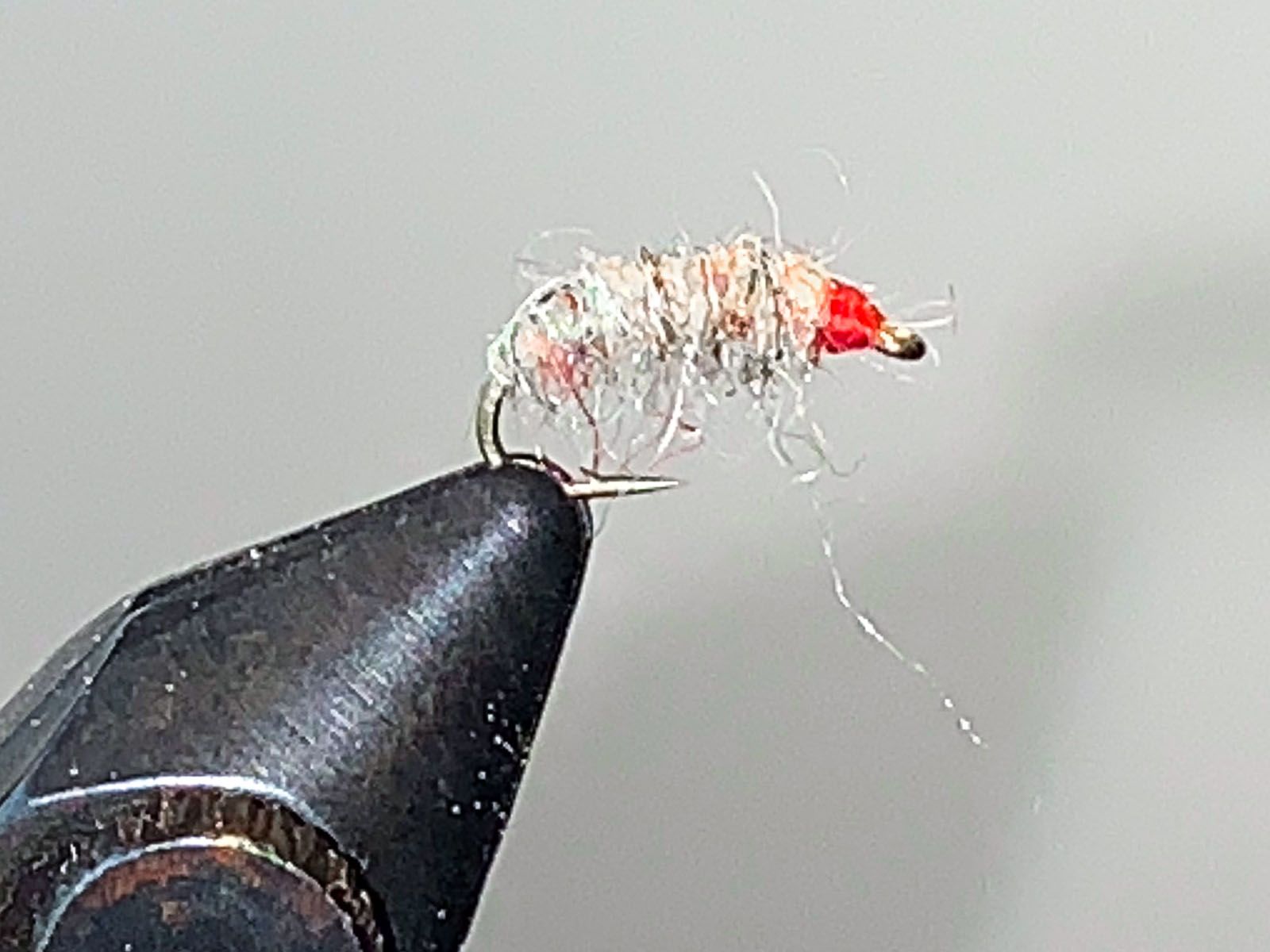 Few flies are better for cold and winter conditions than a rainbow warrior fly. It is small enough to gently flow through the water but flashy enough to get the attention of all nearby trout. It sinks quickly and can get down to those low depth wintering trout in the deep runs and pools. While it is very flashy and bright, it may not resemble any single insect, but it is sure to attract the attention of any fish in the area. 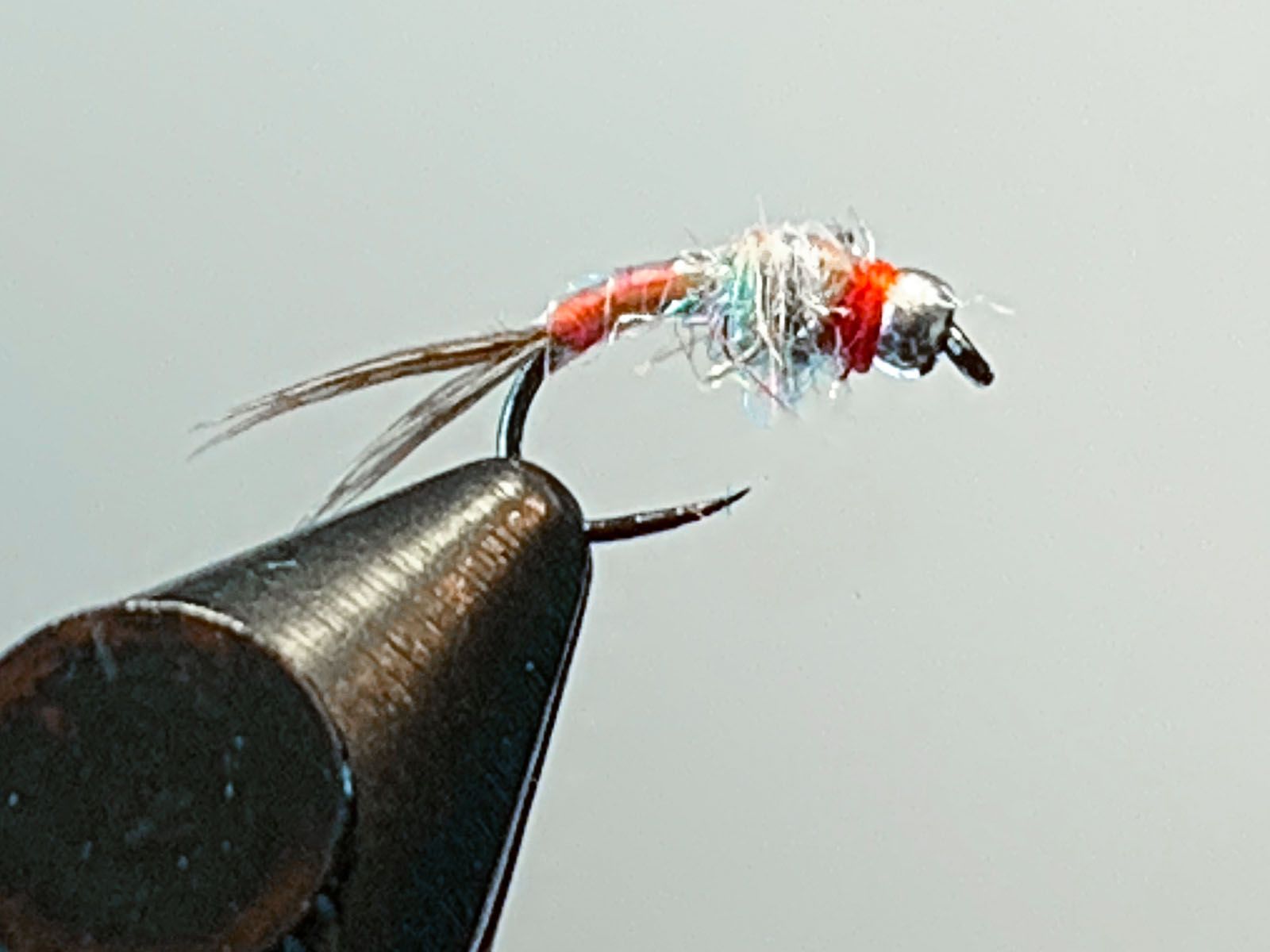 The iron lotus may seem basic and simple to do much good, but sometimes simple is the most effective. It is constructed of a thread body nymph that is coated with nail polish that creates a harder body that sinks extremely quickly. If you need a basic, clean looking nymph pattern that you can sink quickly into a tough pocket of fish, this one should be in your arsenal. 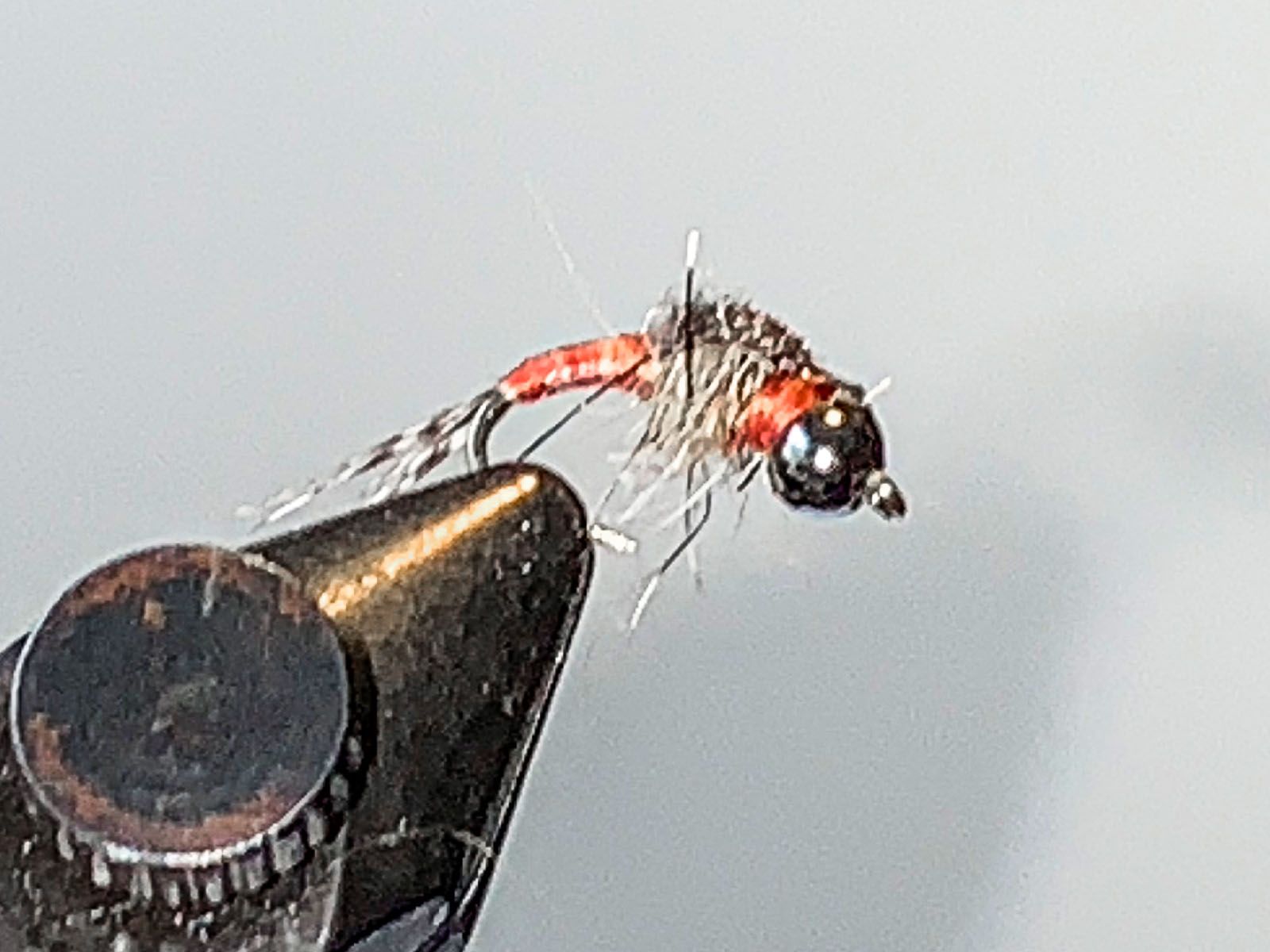 These are just a few of the many options that are out there in the world of nymph fishing and having a wide variety available is important to figure out what the fish prefer to eat. Always observe what is living in and near the water as you fish and adapt, as necessary. Trout will constantly change what they are actively feeding on, so you should constantly be changing and adapting as well!