In Mateo county, California lies a peaceful city called Pacifica. The city of Pacifica nestles on the coast of the Pacific Ocean spreading along a six-mile stretch of coastal beaches and hills in north-central California. It comprises several small valleys that spread between Sweeney Ridge in the east, Montara Mountain to the south, and the Pacific Ocean to the west.

The city of Pacifica has a colorful history that dates back to the early American Indian Society and Spanish exploration. The city of Pacifica was home to two significant Ohlone Indian Villages, the Pruristac, and the Timigtac. Until October 31, 1769, came. Gaspar de Portola sighted the San Francisco Bay which accelerated the Spanish colonization of Alta California. This is because of its large, safe, and centrally located harbor on the coast of Alta California. Then came the Spanish era where the city has been designated to be the site of the San Pedro Valley Mission Outpost. The mission outpost was then dissolved when newly independent Mexico secularized the mission system. Finally, in 1957, Pacifica has been incorporated.

Today, the city attracts visitors from all over the globe due to its natural beauty, incredible hiking trails, and legendary surfing waters. It is also a hot spot for anglers because of its diverse ecosystem and multiple angling opportunities.

The city of Pacifica lies on the coast of the Pacific Ocean, this alone gives anglers various opportunities to catch and land on multiple fish species any time of the year. But, this is just the tip of what the city of Pacifica has in store for its visiting anglers.

Pacifica Pier is a quarter-mile L-shaped pier that spans out into the Pacific Ocean. It was built in 1973 as part of the city’s sewer system. But today, its primary purpose has been fishing. Some of the most common catches in this pier include jacksmelt, white croaker, striped bass, redtail surfperch, walleye surfperch, silver surfperch, spotfin surfperch, white seaperch, shiner perch, starry flounder, sand sole, Pacific tomcod, staghorn sculpin, and chinook salmon. The pier pilings are also heavily encrusted with invertebrates such as California mussels, stalked barnacles, and ochre sea stars. In addition, its melange is also home to small crabs, Dungeness crab, shrimps, and other fish-attracting critters. So, when to go angling in Pacifica Pier?

Pier angling in Pacifica is best done early morning or sundown. This is because, during these times of the day, the moving tides attract a lot of baitfish near the area. As a result, it brings out the big and hungry fish nearer to the shore. However, if you are angling in colder seasons, the best time to wet the line is when the sun is at its height.

Now that you know the best time to go angling in Pacifica pier, let’s talk about the best angling spot in the area.

The best angling spot in the area depends on the type of fish you are targeting. If you are aiming for bigger, larger fish, casting your bait at the end of the pier is advisable as this drop-off allows you to access deeper waters in the area. However, other fish species like bass tend to gather closer to the shore. If you want to land on this species, dropping your bait on rock formations, and any other underwater structures will increase your chances of landing on one. However, there are some occasions when predator fish starts to hunt. During these instances, birds will be your indicator of where to fish. If you see them circling around a specific location, then, it’s time to put that reel to work.

Now, if you look further south of the Pacifico Pier, you will spot Mori Point. Another fishing destination you would not want to miss when you are Pacifica.

Mori Point provides scenic views of the peninsula coastline. In addition, it also contains a few small ponds and wetlands which serve as a habitat for the threatened California red-legged frog and endangered San Francisco garter snake. Fish species found in this area are the same as the ones in Pacifica Pier as they share the same waters. The only difference is that you give yourself a spectacular view after a long hike while targetting on some fish in Pacifica's waters.

In addition, fly fishermen in this area follow the pelican's flight pattern closely. When flocks of birds are diving madly, they're often feeding on schools of anchovies. More often than not, beneath these schools of anchovies are predator fish like salmon and bass. Furthermore, seasoned anglers report catching kingfish, flounder, perch, stripers, salmon, and halibut, in this area.

A little further down Pacifica Pier is the coast of San Pedro Beach and the beautiful San Pedro Point, which is another notable angling location here in Pacifica. San Pedro Beach is a remote beach in Pacifica that is a bit of a challenge to reach. But once you set foot there, everything will just feel worth it. Some of the best catches reposter in the area are king salmon, chinook salmon, striped bass, rockfish, California Halibut, and Cabezon. 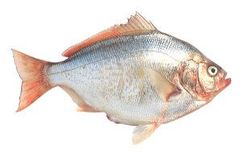 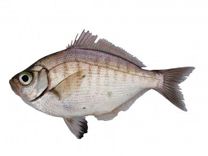 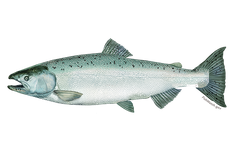 Pacifica provides access to the vast Pacific Ocean. Because of this, anglers are given an opportunity to fish any time of the year. However, if you are visiting Pacifica, might as well visit during the peak season of your target species.

So, if you plan on landing on some salmon and striped bass, seasoned anglers in the area suggest that you visit the city during the winter season. It will provide you with a higher chance of a successful catch. If you plan on targeting some flatfish, starry flounder, and California Halibut, visiting the city during May through September will give you a productive catch. If you wish