Redondo Beach is one of the lovely beach cities on Southern California’s South Bay, located south of Santa Monica Bay and just 20 miles from Los Angeles’ downtown area. Along with Hermosa Beach and Manhattan Beach, this quintessential beach city has long been a choice weekend getaway for most LA residents. It was even considered “The Gem of the Continent”, at least in the Los Angeles Daily Herald in the late 1800s.

Today, the beach city has lost none of its gemstone polish. It remains one of South Bay’s most sought-after areas because of the beautifully pristine beach that it shares with its sister cities. This vibrant beach is primarily known for its sparkling blue water, wide sandy shores, and general laid-back vibe — but don’t be fooled. There’s plenty of action here, from year-round surfing and some of the largest waves ever recorded to professional-level beach volleyball tournaments.

Very much a tourist destination, Redondo Beach has everything you’d expect from a thriving beach city— a historic harbor, a world-famous pier, quality waterfront dining, lots of shopping, and hotels and beach resorts worthy of top spots on California’s best-of lists. It’s quite the destination for outdoorsy types as well, offering great facilities not just for surfing and beach volley but also for sailing, diving, kayaking, and whale-watching. And in case we all forget, the South Bay area is bounded by the Pacific Ocean — which means not just great surf during winter storms but productive fishing all year round.

At Redondo Beach and the rest of the South Bay area, life revolves around water, with many of its outdoor activities centered on the beach and the ocean. One of the area’s favorite recreational activities? Fishing, of course. Here you can fish from the surf, the pier, and on boats nearshore and offshore. Rockfish is the beach city’s most reliable year-round catch, and seasonal ones include seabass, halibut, yellowtail, and barracuda. Barred surfperch make an appearance during winter on the surf, while in spring and summer, you can expect croaker and corbina, respectively.

Fishing in Redondo Beach often starts at the Redondo Beach Pier. This eponymous beach is a kind of tourist hub in the city, the center of a complex filled with shops, restaurants, and other amusements, as well as decks for viewing the beach’s world-famous sunset. It has several nicknames due to its unusual shape. It has been called the “Horseshoe Pier”, the “Endless Pier” and “Ol’ Dondo Pier.

What we know now today as the Redondo Beach Pier is made up of two piers — the bigger Municipal Pier and the Monstad Pier which is a smaller pier connected to the south of the main one. The Municipal Pier is big but because of its unique horseshoe shape, it feels much shorter and doesn’t reach into the deeper parts of the water. The Monstad Pier, on the other hand, gives anglers access to shallow and relatively deep water, with its mid-depth access point a great area to target halibut.

Thanks to its proximity to the Redondo Submarine Canyon, the pier attracts many smaller fish species that can then attract game fish such as barracuda and yellowtail. And thanks again to the deepwater canyon, deep water species such as sanddab and sablefish are sometimes caught in the pier.

When fishing the pier, it’s important to note that its large and unusual structure lends itself to different fishing environments. Therefore, one quick tip is to bring gear and set-up for topwater fish such as mackerel and bonito as well as for bottom fish species such as croaker and halibut. Don’t head to the end of the pier when fishing — that’s an amateur move. Every part of the pier — from the mid-pier, piling areas, and the end — can present different species worth catching. For example, the Monstad end of the pier is a prime halibut area and can be quite popular day and night. Pelagic fish species such as jack mackerel, Pacific mackerel, bonito, yellowtail, and barracuda can also be found on this side of the pier as well as on the end railings. The north and south walkways, though, are less popular but are just as productive with good-sized croaker and halibut.

At night, the pier comes alive with mackerel as well as a good variety of shark and ray species. During this time of day, you will find leopard shark, grey smooth-hound, dogfish, guitarfish, and bat ray.

Apart from the legendary pier fishing in the city, there are plenty of fishing charters launching out of Redondo Beach that will help you explore the rich waters of the Pacific Ocean. Nearshore fishing trips can target species such as rockfish, sheepshead, calico bass, white seabass, lingcod, and halibut, while deep-sea fishing trips will take you to the fishing grounds at Santa Barbara, Catalina, and San Clemente Islands where you can target prized catch such as yellowfin tuna, common dolphinfish, blue marlin, and several different shark species. 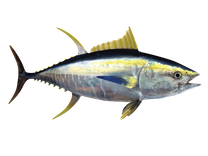 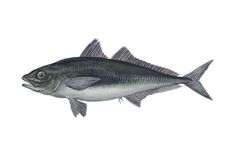 Fishing in Redondo Beach and the rest of the South Bay in SoCal is lively all year round, with fish biting no matter what season you happen to be in the area. The season in Redondo Beach starts with the arrival of sheepshead, rockfish, and lingcod in March or April, where you will find these species nearshore. May is still a productive nearshore fishing month, but around this time, you’ll find good fishing for tuna offshore, which will continue well into the summer. Around July until August, common dolphinfish and blue marlin will start actively feeding offshore. As the waters grow cooler, offshore fish species will wind down. The colder months from November to January or February are great nearshore fishing months for species such as white seabass, calico bass, halibut, rockfish, and lingcod.

When visiting Redondo Beach, go beyond its eponymous sandy beach and enjoy the rest of what the beach city has to offer.

Find a local fishing charter that will take you to nearshore and offshore waters to target some of the area’s best. There are plenty of sportfishing charters along the coast of Redondo Beach that specialize in different fish species. And because the fishing regulations in South Bay can be a little confusing, having a guide should help you navigate these regulations so you can fish in peace.

2. Immerse in the Wilderness

If you’re looking for a more peaceful outdoor