The game fish, Bull Trout, is a large, lake trout that belongs to the Char family. While some bull trout never leave one stream their entire life, others migrate to larger waterbodies for the winter and travel to smaller streams to spawn.  They have a larger mouth as compared to the rest of the body, and the upper jaw extends past the eye. Their back is olive-green/brown and has silvery sides. The body of an adult bull trout is covered with red, orange, pink, or yellow spots but dorsal fin is spotless unlike the other fishes in the genre. The lower fins have faint red-orange color and white tips, while there are few yellow spots on the tail.

Bull trout is a game fish. It can be found in northwestern North America, throughout Yukon, British Columbia, Washington, Oregon, Idaho, Western Montana, and Alberta. 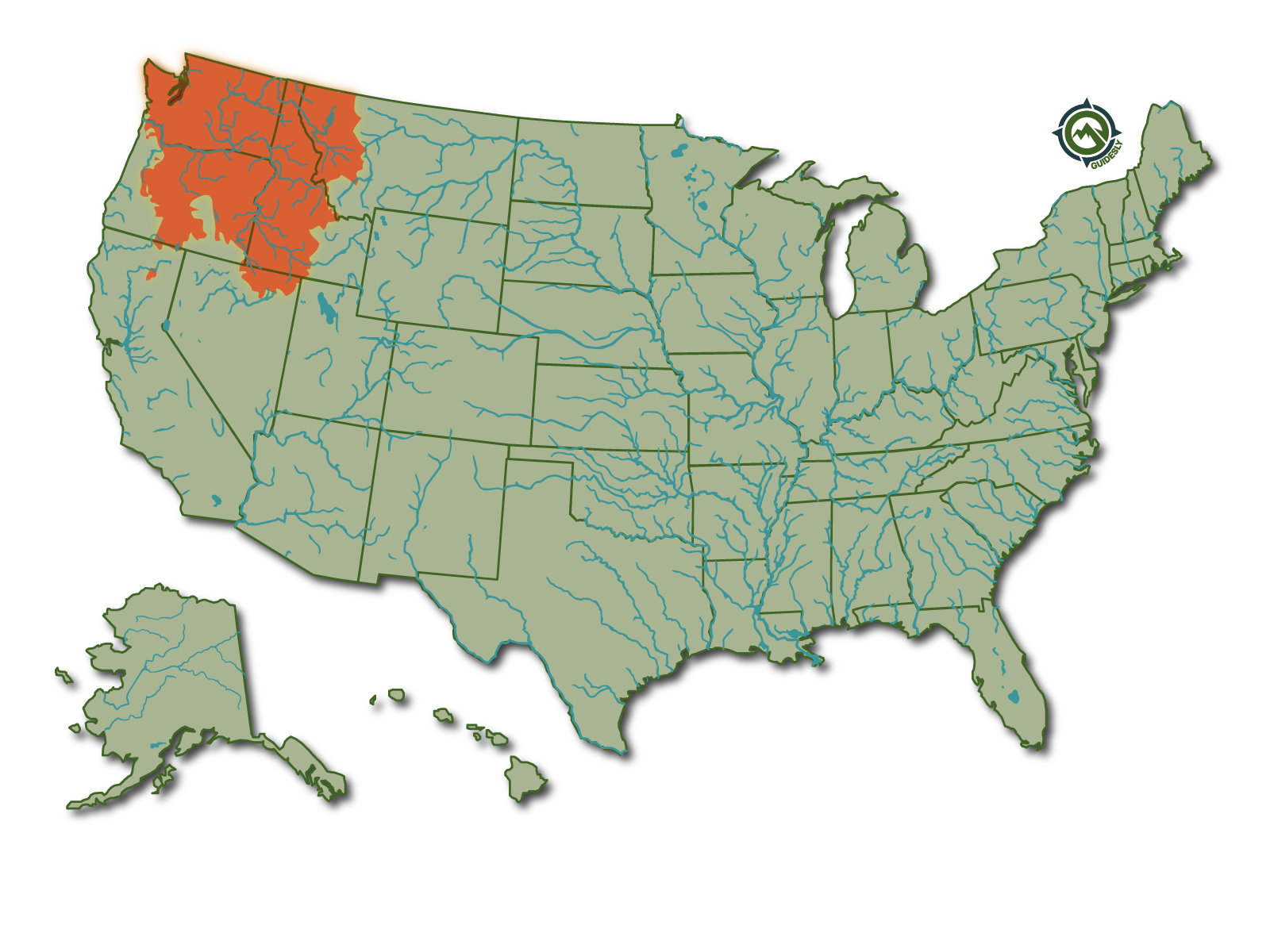 They are on the Endangered Species List as they are extinct in California and inhabit only one river system in Nevada. Oregon, Idaho, and Washington populations are also at risk of extinction. The Montana trout are considered safe in only 2 percent of the streams they inhabit.

Depending on its habitat, bull trout can grow up to 30 inches and can weigh up to 30 pounds.

Bull trout are a good indicator of water conditions and the environment. They need clean, cold water, low amounts of silt, and unobstructed streams. Bull trout are predators that are known to eat juvenile or smaller fish. They also eat aquatic insects. Eyes of bull trout are located on the upper side, making it easy to locate the prey above. When ready to spawn, males show the superb coloration of the body. • The bull trout can live from 10 – 12 years.

The bull trout population can be found in cold clear streams, lakes, and medium to large rivers. They prefer deep pools and slow backwater areas. They are usually found at the body of water floor.

An angler would prefer fishing for them in the early morning or the evening as they prefer to hide and attack their prey. Try looking for them in places where they can be comfortably hiding. For catching a bull trout, a medium action spinning rod with an 8-12 pound reel is a solid choice. Float fishing with egg patterns is also very efficient. For juvenile bull trout, spey-tackle can be used for throwing flies. For bulky flies, use a single hand rod and if there is room for backcasting which a 6wt rod is perfect. A graphite rod (6-8 wt) with matching reel, 12 to 14 feet leader with weight, or a bead head fly works for fly fishing as well.

For spin casting, use minnows, jigs, crankbaits, spinners, and spoons. Big streamers can be effective for fly fishing.

Spawning takes place in fall and the eggs hatch in March or April. The female makes a gravelly nest in clear water and covers the eggs. Many bull trout remain where they were born for the rest of their lives, while others are known to travel to larger water bodies and return to tributaries to spawn. The migratory bull trout are typically much larger than resident bull trout. The Trout Family Members of the trout species include Rainbow Trout, Brown Trout, Brook Trout, Lake Trout, Steelhead Trout, Bull Trout, Cutthroat Trout, Apache Trout and several other smaller species.