Rainbow trout is a popular game fish known for its attractive color and ability to swim upstream. It belongs to the Salmonidae family. Other names include steelhead, red-sides, River trout, and silver trout.

Rainbow Trout Interesting Facts • Rainbow trout starts spawning at age of 3 or 4 years. • They have a life span of 4-6 years but can live up to 11 years as well. • As this specie can only live in clean water, they are very good indicators of pollution. • A water temperature of 55°F to 64°F is preferred by the rainbow trout, but they can also survive up to 70 °F.

Rainbow Trout is native of the United States including the Pacific coast from Mexico to Alaska, northeastern and central United States along with the eastern coast of Asia. 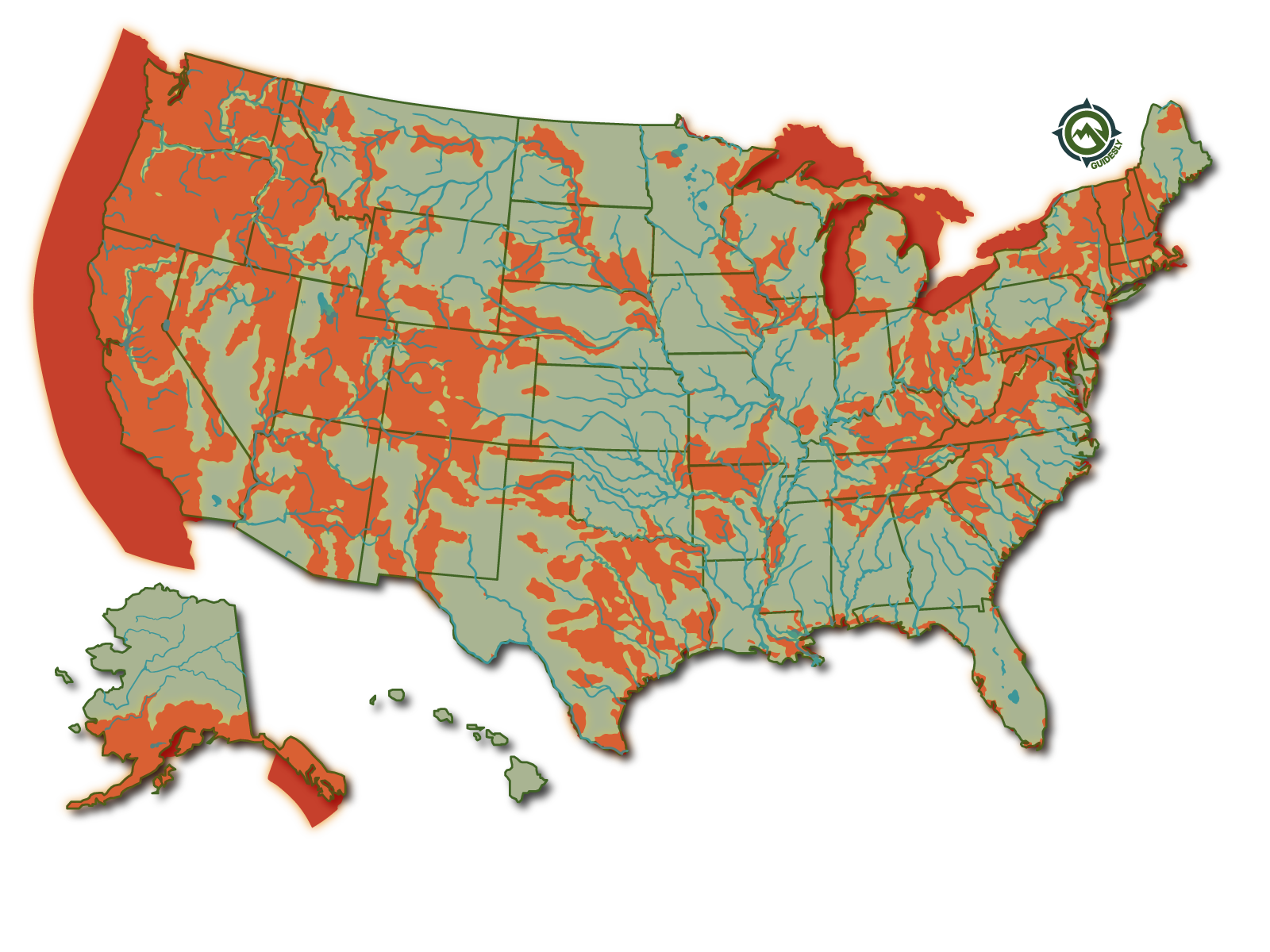 The spawning season starts in late winter or early spring and can go through early summer as well. During this time, the male Rainbow trout finds a shallow place with gravels or a clear water inlet/outlet. The female lays eggs there. Depending on the water temperature, hatching takes a few weeks to 4 months. After hatching, they keep themselves in hiding until they reach 2 to 3 years and then go into deep waters.

They are predators and mostly feed on insects, small fish, and crustaceans. Rainbow trout also eat eggs, other rainbow trout, and even feast on leftover carcasses.

A Rainbow trout can vary in length from 8 inches to 24 inches. The largest Rainbow trout was fished in Canada in 2009 and weighed 48 pounds. The average weight of the specie is from 2 to 8 pounds.

They can be found near gravelly shorelines in the river, or in a downstream flow. In summer, they go to cooler depths. It is recommended to fish rainbow trout during their feeding time, which can be at dusk or late evening. Fly fishing is popular for rainbow trout and we give it a 3 out of 4 for fly fishing. Best fishing techniques include: