Offers
x
Get Our Best Deals Of The Day
Click the offer codes below to apply during your checkout.
Sign up & Save 10%
Add your email below to receive a 10% off promo code for your first time purchase.

Starting as low as

Starting as low as

The Cutthroat Trout can vary widely in size, colorations, and even habitat selection. They can range in colors from gray, green, and also gold on the back. Most Cutthroat trout have an orange, red, or pink coloring that runs linear to their mandibles, hence the name "Cutthroat." The fish also have fresh and saltwater strains or subspecies, with some going from pacific coast tributaries to coast time waters, and are semi-anadromous.

Size can vary significantly from subspecies of the cutthroat trout, and at maturity can range from 6 to 40 inches depending on the subspecies and habitat and forage availability. For example, the coastal cutthroat trout ranges typically in the 2-5 pound range, While subspecies inhabiting large inland lakes can grow to 17 pounds 40 inches in length. While the fish inhabiting smaller bodies of water and streams and creeks may be in the 8 to 10-inch range.

In the early 20th-century, fish hatcheries were built in the Yellowstone National Park to breed and stock the game fish in suitable waters where populations could be established. Between 1901 and 1953, 818 million cutthroat trout eggs were distributed from Yellowstone to hatcheries around the United States. There are also currently 14 recognized subspecies in total, and these subspecies are all native to separate and different geographical areas.

The cutthroat trout in all subspecies are found on the Pacific Northwest coast from British Columbia to northern California, the Great Basin, and the Cascade range as well as throughout the Rocky Mountains as far north as southern Alberta. Famous cutthroat trout water include Pyramid Lake, Nevada, the Colorado Rockies or the Weber River in Utah. 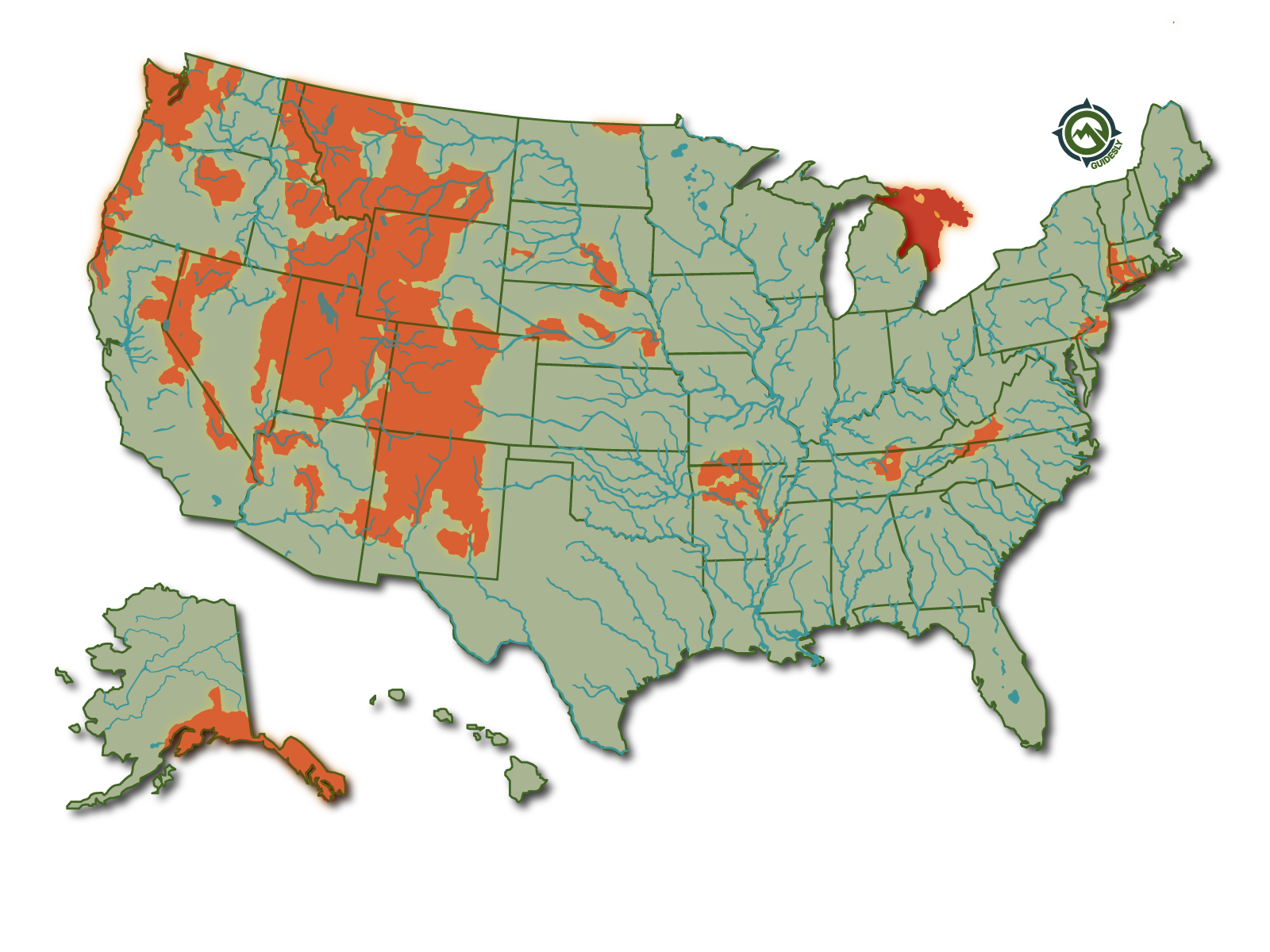 The Oncorhynchus Clarkii live in bodies of water that are well oxygenated, clear, and cold, including moderately deep lakes and shallow rivers and streams with gravel or rocky bottoms. They like healthy rivers with clean water. Find the cutthroat anywhere they can hide like along vegetation, brush overhand and beaver dams.

Cutthroat trout love eating prey such as insect nymphs and larvae. Fly imitations for insects that are prevalent in the area and or currently hatching and in abundance are an excellent way to start if your fly fishing most fly fishermen know this as "matching the hatch." Along with matching the hatch, a good rod to use would be a 4 to 6 weight fly rod with a medium action in 8.5 to 9 feet of length.

You can also catch cutthroat trout on spinning tackle too and lures like rooster tail spinners, and Mepps style spinners of smaller sizes are the right place to start.

There are tons of flies on the market that will work for catching these fish. Gold bead prince nymphs are an excellent example as well as stonefly imitations and flies like elk hair caddis fly imitations. Casting lures such as the Mepps spin flies and the famous Wordens rooster tails are hard to beat if you're not using a fly rod and stick to conventional tackle.