A resort city right across the bay from San Diego’s downtown, Coronado earns its nickname “The Crown City” not just with the literal translation of its name from Spanish (Coronado is Spanish for “crowned one”), but also with its majestic coastline alone. The name itself is derived from the nearby Coronado Islands which was originally known as Los Cuatro Mártires Coronados (or “The Four Crowned Martyrs”). This island city is tied to the mainland via the Silver Strand, a tombolo, or a sandy isthmus. However, it is much more easily accessible via the San Diego-Coronado Bridge which was opened in 1969.

Consistently included in lists of the best beaches in America, Coronado is a big tourist town. Coronado Beach is known for its sprawling white sand beaches and calm surf and is the town’s biggest draw. It has three of the most popular major hotel resorts in the area: the Hotel del Coronado, Coronado Island Marriott, and Loews Coronado Bay Resort. Its downtown district which can be found along Orange Avenue is another popular spot for locals and tourists, as it is known for its highly rated and culturally diverse restaurants, shops, theaters, and art galleries.

And because it sits right on the bay, Coronado is a big water sports destination. Here you can enjoy sailing, paddling, surfing, and kayaking. But best of all, it is a fishing hotspot. Not only can you fish right from the island, but it also gives you easier access to some of the best fishing destinations nearby.

Coronado is a great strategic location if you want to fish the best of what San Diego has to offer. While in the city, you can cast a line right from the pier, the shore, or on a kayak, and just as easily catch a charter boat to fish offshore or on the Coronado Islands.

Head on over to the Coronado Ferry Landing Pier. This small pier is just 377 feet long and can feel like a secret spot as it seems hidden from view. It sits right behind the Coronado Ferry Landing shopping center so be sure to follow the signs and remain eagle-eyed because you could easily miss it. Based on the name, the pier is part of the boarding area for the ferry, but there is a small portion of the pier that’s open for fishing and attracts plenty of fish. You will find a lot of fish on the right side of the main pier, under the landing. The grassy areas attract a lot of bass as well, including spotted bay bass, kelp bass, and sand bass. Other species you can expect in the pier include Pacific mackerel and bonito on the bayside, as well as shortfin corbina, perch, halibut, turbot, and some stingray, different shark species (including leopard shark and smoothhound shark), and black sea bass.

Just a short drive away from Coronado is the nearby Imperial Beach Pier, another great pier fishing spot. It is the southernmost pier in California and has a fantastic view of the Coronado Islands in Mexico. Here you can catch many SoCal classics, including barred surfperch, California corbina, and yellowfin croaker. If you want to target some halibut, the mid-pier is your spot as it attracts plenty of active halibut, especially around late spring until early fall. Best to target them with live bait such as white croaker and smelt, many of which can be caught in the mid-pier area as well. Along with the halibut, you can also expect some barred sand bass in the mid-pier until the very end of the pier, along with some bonito and white sea bass. Around the pilings, which have a heavy growth of mussels, you can find some of the largest perch, including pile perch, black perch, and rubberlip perch. Meanwhile, at the end of the pier, you can target some California scorpionfish, but do be careful with this tasty table fare as they have poisonous spines.

Before you get to Imperial Beach, you may pass by the Silver Strand State Beach, which is a great fishing spot as well. What makes this beach stand out is that from here you can fish both the bayside and the ocean side. It is just 4.5 miles south of Coronado via Highway 75. The bayside of the beach is 1/2 mile and is limited to pedestrian traffic only. This side of the park yields plenty of perch, corbina, grunion, and yellowfin croaker in its calm and warmer waters. The ocean side is great for surf-fishing as well.

Speaking of surf-fishing, there’s no better place to do so than Coronado State Beach. While this area is primarily known as a tourist hotspot, it is open for fishing as long as you don’t interfere with the other recreational activities in the area. The flat sandy beach, which is one of the best surfperch fishing spots in Southern California, can get crowded in the middle of the day, so best to get here early in the morning right when it opens for fishing, or just right before sunset. In front of the Hotel del Coronado, to the south of the beach, you will find a small jetty that draws in plenty of fish. Anglers reportedly catch corbina and halibut in this spot.

If you want to fish the rich waters of San Diego Bay, you can either fish from a boat, or under the San Diego-Coronado Bay Bridge. Within Coronado, you can launch a boat from the public boat ramps at Glorietta Bay. It is actually the smallest in San Diego Bay, but it has the best location for fishing within the bay itself. In fact, from Glorietta Bay itself, you can catch trophy halibut, as well as corbina, surfperch, and some rays in large sizes. Within San Diego Bay, the most commonly targeted fish is the spotted bay bass. They are most active in the South Bay Flats, which are the flats located south of the bridge. North of the bridge, you can get plenty of activity during the colder months from November to April, when barred sand bass migrate in big groups.

No fishing trip to Coronado is complete without angling in the fish-rich waters of the Coronado Islands. Do remember that the Coronado Islands, which share the name of this city, is technically part of Mexican territory, so be ready with your requirements. Fishing legally in Mexico, you will need a Mexican fishing permit, a Forma Migratoria Múltiple Visa or FMM visa, a Temporary Importation Permit, a valid passport, and a Biosphere Bracelet. Best to check with your guide for the requirements. They may seem like a lot, but once you get out into the waters, you will find that they’re worth the trouble. This trip will yield a wide variety of fish species, depending on the season. The California yellowtail is the most popular catch, along with white seabass, calico bass, halibut, rockfish, and barracuda. 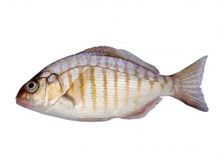 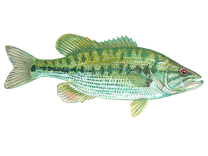