Dubbed as the ‘Sunset Capital of Florida’, the coastal city of St. Pete Beach is located in Pinellas County. The award-winning tourist destination because of its beaches is made up of the towns of Pass-a-Grille, Belle Vista, St. Petersburg Beach and unincorporated areas of the county. It used to be known as St. Petersburg Beach in 1957 when it was incorporated but changed its name to St. Pete Beach when locals voted on March 9, 1994 so it can be distinguished from the nearby city of St. Petersburg that is situated in its east.

Set on a barrier island, St. Pete Beach is also known as a resort city due to its excellent recreational and natural offerings to tourists, boasting a scenic seaside location. The west Florida city is notable for its water sport activities, such as windsurfing, parasailing, kiteboarding and stand-up paddleboarding as it has the longest stretch of undeveloped public white sandy beach in St. Pete and Clearwater area as well as experiencing almost all sunny days every year. Corey Avenue is where the center of the city’s downtown is. Bars, restaurants and shopping and retail outlets are located there. At the southern end of the area, one can find the Pass-a-Grille Historic District and the historic Don CeSar beach resort. In 2021, St. Pete Beach was named the number one beach in the US because of its white sands, emerald green waters, exceptional accommodations, and laid-back atmosphere. For anglers, the city can be considered a fishing paradise with piers, bays, and the Gulf of Mexico within reach.

Whether it’s inshore, nearshore, offshore or deep sea fishing, St. Pete Beach has all the alternatives covered. It’s a spot that is both diverse and stunning, making it an idyllic place for those either wanting to unwind or experience thrilling fishing.

Finding an action-packed spot to fish in the city won’t be hard as it’s surrounded by productive waters that are abundant with gamefish. Pass-a-Grille Beach is a great place for those who not only want to enjoy shopping and relaxing by the beach, but those who want to employ their surf casting skills. Fishing from the shore will provide opportunities to catch species like big snook, pompano, redfish and flounder. The Gulf of Mexico is easily accessible from the beach where you can hook fish like kingfish, sharks, mahi-mahi and tuna. Near the shoreline, anglers can also catch Key West grunts and small grouper. Big mangrove and American red snapper, and red, gag and scamp grouper can be found in ledges and rock piles. On the southwest tip of the beach at the jetty, one can find snook, sheepshead, snapper, Spanish mackerel and other predators. On the beach’s east side, there is a seawall where lots of trout, mackerel and sheepshead gather. Pass-a-Grille Beach possesses several public piers with the largest and most popular being Merry Pier. Anglers can baitcast, spin or tackle fish for grouper and big snook from there.

Another great inshore fishing spot is the 1000-feet long Gulf Pier located in Fort De Soto Park. Anglers there can target species such as pompano, mackerel, permit, and ladyfish. Those looking to do some wade fishing can go to Fred Howard Park and land gamefish like tarpon, redfish, snook and trout without leaving the shore. One of the most popular fishing spots in the city is Sunshine Skyway Fishing Pier where one can enjoy not only fishing for tarpon, kingfish, Spanish mackerel and grouper, but also do some sightseeing as it provides stunning views of the sunrise and sunset.

Weedon Island Preserve is a great place for kayak fishing but fishing from its maze of mangrove-lined waterways and shallow waters overrun with oyster bars can also yield a fruitful fishing experience. The preserve, which mixes the beauty of nature with historical significance, is frequented by fish like trout, Spanish mackerel and ladyfish.

A great place to witness dolphins jumping from the water, Upham Beach is also a great location for surfing and fishing. To the north of the beach, anglers can fish from the rock jetty and the mouth of Blind Pass where they can also nab snook, tarpon, mackerel, redfish, trout and flounder.

St. Pete Beach is peppered with several fishing piers such as 11th Ave Pier and 1st Ave Pier. The city also has many boat ramps and boat launching areas including the Don CeSar Boat Ramp and Egan Park Boat Ramp. In any local water, fishes are best found in bayous, passes and bays. Around reefs and wrecks, there are cobia, tripletail, hogfish and porgy. Other great eating fish like mutton snapper, lane snapper, vermilion snapper and yellowtail can be caught from local waters as well. Trophy species such as wahoo and blue marlin can be targeted miles from the city’s coastline. Anglers can also troll or bottom fish for mahi-mahi, sailfish and blackfin tuna which tend to swim in the water’s bottom.

At Madeira Beach, two fishing tournaments are held every year, the Fall King of the Beach Fishing Tournament and the Spring King of the Beach Fishing Tournament. Both are the oldest and richest kingfish tournaments in the US. Children can also participate with the Kids Fishing Slam. The events are run by the Old Salt Fishing Foundation and they last from three days up to a week. The world’s largest spearfishing tournament, the St. Pete Open, is also held in the city and is run by the St. Pete Underwater Club. It is hosted at the Tierra Verde Marina during the summer. 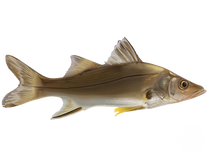